The suspicious deaths of three women, all below the age of 25, have once again blown the lid off the spectre of domestic violence and dowry-related persecution in Kerala, sparking conversations about the position of women in a family. 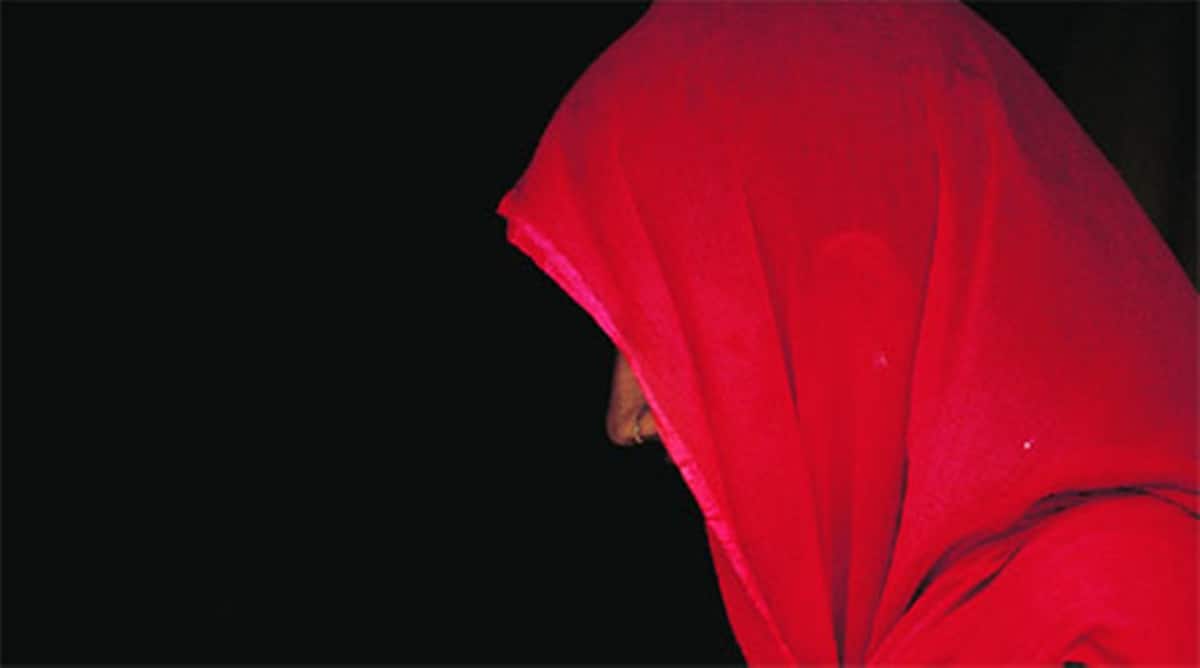 It had only been three months since her marriage, but Suchitra S, 19, had given her mother, Sunitha, enough hints that she was being harassed over dowry payments by her in-laws. So much so that when Sunitha heard the news of a 24-year-old Ayurveda student in Kollam dying allegedly by suicide over dowry harassment on June 21, she immediately dialled her daughter, asking her not to take any extreme step.

“We’re always there for you,” the mother is reported to have told her daughter. And in response, she said, “No, amma, I’ll never do anything like that. I want to meet Vishnu (the husband) and talk to him.”

But contrary to the mother’s expectations, Suchitra was found dead the following morning in the bedroom at her in-laws’ place at Vallikunnam in Alappuzha district, drowning her family and those who knew her in grief. It captured headlines as the third dowry-related death in Kerala in the span of two days. Many more have been reported since then.

“When she had clearly told her mother that she wouldn’t take any drastic step, how can we believe she died by suicide? We know her very well. She doesn’t have the temerity to do this. We strongly believe she was killed,” Suchitra’s maternal uncle Sajeev told IndianExpress.com.

Suchitra’s marriage to Vishnu, an Army man, took place in March this year. Though she had just completed her school education and was yet to enrol for a graduate degree, her parents conducted the wedding as her horoscope said she would have to wait seven years for an alliance if she wasn’t married before the age of 20. As dowry, her parents purportedly paid for 51 sovereigns of gold and a car. But within months of the marriage, Suchitra’s in-laws’ pressed for Rs 10 lakh in cash, alleged Sajeev, and subjected her to frequent name-calling and torture over the demand.

“It became very clear to us that they didn’t need a daughter-in-law. They simply needed money. It was Vishnu’s mother that tortured her the most. Somehow, they got wind of a piece of land that Sunitha got when our mother’s ancestral property was divided. And soon, they began to ask us how big the plot is and how many coconut palms are there. Why do they need to know these things?” asked Sajeev.

The Vallikunnam police has registered a case under section 174 CrPC (suicide) and is probing the victim’s family complaint about harassment over dowry. Jose R, deputy superintendent of police, Chengannur, who’s leading the probe, said a conclusion is yet to be reached as the investigation is progressing. The questioning of the deceased’s in-laws is in its final stages, he said.

The suspicious deaths of three women, all below the age of 25, have once again blown the lid off the spectre of domestic violence and dowry-related persecution in Kerala, sparking conversations about the position of women in a family. One would wonder how such cases get reported in a state like Kerala that has repeatedly flagged the importance of investing in public education and set the paradigm for progressive gender-reform movements through the ages. But sadly, this is also a state obsessed with extravagant weddings and vulgar displays of gold. Where dowry payments, through cash, gold, property and vehicles, continue to be made directly and discreetly despite a standing legislation enacted in 1961 that marks giving and receiving dowry a punishable act. Where such transactions are irrevocably tied to social-standing and ‘honour’ of the woman’s family.

Crime statistics over dowry tell a more frightening tale. As per the state police’ crime records bureau, 66 cases of dowry-related deaths and over 15,000 cases of harassment at the hands of husband/relatives have been recorded in the last five years. According to another set of data shared by the state women’s commission, nearly 1,100 cases specifically of dowry-related harassment have come to its attention since 2010 with the capital district of Thiruvananthapuram accounting for nearly half of the cases. The figures underline that the state’s southern districts are notorious for propagating the illegal practice.

“For a long time, the atmosphere inside our households has been extremely bad. Our women have been subject to physical and mental torture to a great extent. Despite having such stringent laws against dowry and domestic violence, many accused in these cases are not being punished. When a case is registered, no proper follow-ups or legal actions are being done. There’s great anarchy in our society,” said KK Rema, a first-time MLA from Vadakara who has spoken extensively on violence against women.

She argued for greater government intervention in outlawing extravagant weddings in the state and strengthening the existing laws against dowry and domestic violence as short-term measures. The sad reality, she said, is that even young women in households aspire for lavish weddings and the use of gold in ceremonies. She called out the complicity of women, within households and in public spaces, in handling testimonies of abuse, that makes it so prevalent, discreet and dangerous.

The sacking of MC Josephine as the head of the Kerala women’s panel is a case in point. Even as the state was outraged over back-to-back cases of dowry abuse, Josephine, a senior member of the CPI(M), went on a live television phone-in programme and berated a victim for not reporting her ordeal to the police. When the caller said she did not tell anyone about the abuse, Josephine snapped back, “Enna anubhavicho (Oh, then you suffer!)”, spurring an intense public backlash. When asked by reporters why she said so, Josephine justified it saying she had spoken with ‘the freedom of a mother’. But that didn’t cut it a day later at the CPM state secretariat meeting where she eventually signalled her decision to step down. With her resignation, there have also been calls to appoint a non-political person who can handle the office with grace, dignity and sensitivity.

Prof. Praveena Kodoth, who specialises in gender, migration and human development at the Centre for Development Studies in Thiruvananthapuram, believes the concept of dowry has deep-rooted causes going back to the institution of marriage and the position of women in the labour market.

“Dowry is just the symptom of a larger problem and the larger problem is marriage. The problem is that a woman is not seen as having a life if she’s not married. In Malayalam, they say ‘ninakku oru jeevitham vende? (Don’t you need a life?). What does that mean? They say phrases like ‘ozhinju poyi, ninnu poyi, irunnu poyi’ (goes away, got left behind, got sat behind) if you are not married which means you don’t move. They don’t say that about men. Men are not seen as lifeless if they don’t get married, women are,” said Prof Kodoth, linking it to the state’s modernity over the years.

“Another aspect is that women are not seen as moving to enter the labour market as men are. Even when families think of educating their girls, they think differentially about what they are going to do with this education. Lots of families think if a girl has the kind of job that doesn’t threaten the marriage, then that’s fine. Like a teacher, nurse, or a nine to five clerical job, that’s not bad, but let’s say a sales person or someone who has to travel. I’m not talking of the elite class. With reservation, we have over 50 percent women in local bodies (in Kerala) but those women don’t have the kind of mobility that male politicians have,” she explained.

The issues that remain are of mobility and decision-making, said Prof Kodoth, where women are still not given the space to make autonomous decisions with regard to the public domain. “There are plenty of women who refuse promotions in a banking job so as to stay as part of the family. Men would never do that but because they have the mobility. So with regard to the labour market, women don’t have the agency required to be successful in the fullest sense that men have,” she said.

And statistics back such observations. A report by the economics and statistics department of the Kerala government in 2019 said wide gender disparities exist in the labour market.

In such a scenario, during match-making, it’s the man’s income that’s always taken into reckoning. “A woman’s income may be important, but it’s always seen as supplementary, like a second income that can be compromised subject to ifs and buts. All of this is part of the problem of dowry. You (women) don’t have that earning capacity and need protection. So the girl has to come in with some kind of property,” said Prof Kodoth.

And so, the need of the hour is governmental welfare programmes that incentivise higher education and employment along with ensuring safety in public domain, which would solve barriers of parental control on young women, she said.

On the legal front, Sreeja Sasidharan, a lawyer who has dealt with dowry-related cases, pointed out that there’s increasing propensity on the part of courts to ‘settle’ cases.

“The courts mostly have the perspective that the institution of a family is important for a good society. The judgments of such cases show that. If we look closely, we can see that courts are trying to settle matrimonial and related disputes through adalats, mediation and counselling. Even though section 498 (a) of the IPC (that deals with cruelty of woman at the hands of husband/relatives) is a criminal section, yet the abuse suffered by a wife is often ‘forgotten’ and adequate punishment is not being handed out,” she said.

Often, there are pressures from all sides to ‘settle’ cases and that young women are unable to overcome them is a big problem, she added. Therefore, the path to eliminating the evils of dowry and domestic violence is through gender sensitisation alone, she stressed.