This election result is a positive mandate in favour of Narendra Modi. 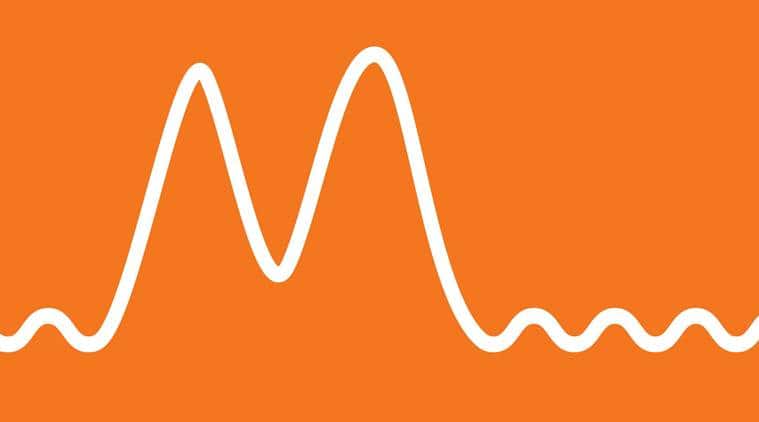 “The data suggests that the ill may have been particularly susceptible to Mr Trump’s message. According to our model, if diabetes were just 7 per cent less prevalent in Michigan, Mr Trump would have gained 0.3 fewer percentage points there, enough to swing the state back to the Democrats. Similarly, if an additional 8 per cent people in Pennsylvania engaged in regular physical activity, and heavy drinking in Wisconsin were 5 per cent lower, Mrs Clinton would be set to enter the White House.”

This was not a stand-up comedian, but a highly reputed magazine from London analysing Donald Trump’s victory in 2016. Many such “expert analyses” are awaited after May 23. They blamed EVMs first, the Election Commission next, the pollsters after that, and finally, they will end up blaming the voters.

This is a completely positive mandate in favour of Narendra Modi. The sheer magnitude of the victory amazes even the seasoned political pundits. Modi has simply conquered the heart of India. Conventional political wisdom suggests that ruling parties can’t create waves. It is usually the opposition that creates a wave. But PM Modi is a known convention-breaker. He has created a strong wave in his favour.

We often refer to war terminology in a lot of non-war activities these days. “Cyber warriors”, “media wars”, “electoral battles”, “green warriors’ etc are descriptions that are too casually deployed to describe the activity of a given group. In that sense, elections too became like a war. They are fought with no less intensity and fervour. This was the case with the current election too.

Carl von Clausewitz, a Prussian general of the 17th century, in his book On War described war as “the continuation of politics by other means”. His treatise became famous as “Clausewitzian doctrine”. According to Clausewitz, three basic factors determine the outcome of war: The administrative element (overall strategic planning and logistics); the military element (resources and men) and the emotional element (campaign theme and tactics).

The overall strategic planning of the BJP’s campaign, led by Amit Shah, has been miles ahead of the Opposition. The party had put in enormous efforts in areas where additional dividends were expected, like West Bengal, Odisha and the Northeast. The results in these states prove that those efforts paid off. On the other hand, the Opposition’s campaign was lacklustre and bombastic.

The BJP had mobilised all its organisational resources very well. The organisational structure that team BJP put in place right up to the polling station level has played an important role in this election. The Opposition lacked in that respect too. The senior and seasoned leadership of the Congress party was less visible while the campaign was left on the shoulders of inexperienced young leaders.

Finally, the Opposition had no answer to PM Modi’s strong emotional pitch. Modi effectively intermixed his personality, his developmental programmes of the last five years and the ideology in action to generate a strong emotional sentiment among the masses in his support. Those accusing Modi of using “nationalism” for electoral ends must remember that nationalism is not just an election issue, but forms the very identity of the BJP. Modi has many achievements in the past five years to showcase, reaffirming his nationalist credentials. That is what Modi and the BJP did during the campaign. In fact, this mandate is a proud reaffirmation of the people’s commitment to nationalism. It is, in a way, an answer to all those critics, both domestic and international, who called Modi a divisive figure. It is the most expansive and inclusive mandate in support of the nationalist idea of India.

Modi is a shrewd learner. He didn’t hesitate to follow Napoleon, whom historian Eric Hobsbawm described as the “secular deity”, in some of his tactics. Napoleon had mastered the art of using propaganda. He ran a government newspaper, Le Moniteur Universel, that regularly informed the French public about his military heroics and war successes. “What counts is what the people think as true”, Napoleon used to say. The Opposition’s lies didn’t cut any ice before the people’s belief in Modi because of his relentless and direct engagement with them through various communication platforms.

Modi led from the front. He bore the brunt of the Opposition’s attacks on himself and responded with firmness. “In the turmoil of battle, the great general maintains a psychological serenity like the needles of the compass in the storm-tossed ship”, writes Clausewitz. Consciously or otherwise, the Opposition has centred this election round Modi. And the results affirm a phenomenon that Marxist social scientist William Davies describes as “the leader becomes the truth”.

In the end, the Opposition has been left flabbergasted. They had no answer to this unconventional and intense electoral onslaught unleashed by Modi and the BJP. “Sesham kopena purayet” — “Rage is the only option left” — goes the ancient Indian saying. All that the nation sees from the Opposition is illogical and irrational anger and rage.

Modi-II starts on a strong wicket. Its immediate priorities are clearly laid out. Attending to the economy is, of course, one such priority. While the macroeconomic picture looks stable and promising, many important segments need support from the government. India cannot completely remain insulated from the ongoing trade war between the US and China or the geo-strategic conflict between the US and Iran. The neighbourhood also calls for attention. Developments in Sri Lanka and relations with Pakistan need the prime minister’s time and attention. Giving an impetus to the Indian Ocean strategy to secure India’s economic and strategic interests needs more focus from the government in Modi-II. The kind of mandate that Modi-II has secured makes it easy for the PM to tackle many security and strategic challenges.

This mandate is significant for another reason. It has completed the rejection and decimation of what Modi himself described as the “Khan Market cacophony” of pseudo-secular/liberal cartels that held a disproportionate sway and stranglehold over the intellectual and policy establishment of the country. Under Modi-II, the remnants of that cartel need to be discarded from the country’s academic, cultural and intellectual landscape.

Narendra Modi is seen by the people of India as not just another prime minister, but as a “transformative leader”. Nothing short of building a New India is his goal. The road to transformation is not easy but we have already taken that road. In Modi-II, the country expects the government to tread that path with a greater vigour.