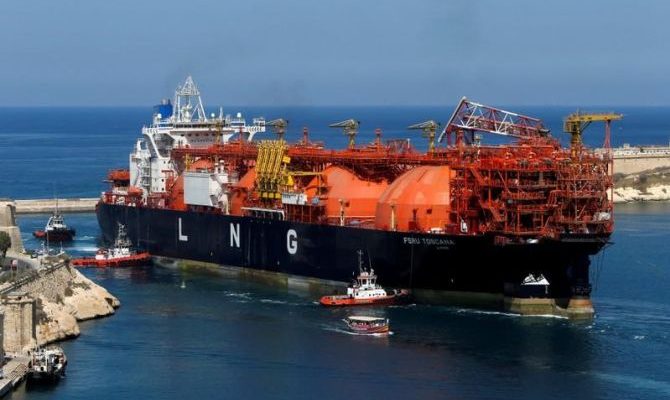 The dreary, cold months from December to February may prove to be the undoing of many a nation as they grapple with sky-high fuel prices — a result of the Ukraine conflict and the pandemic. Many — Europe, South Korea, Japan, and China — will still pull through on the strength of their wealth or because of strong storage infrastructure.

But India will have its back to the wall.

The pipe, which runs under the Baltic Sea, is Germany’s gas supply backbone and accounts for over one-third of Europe’s gas supplies.

Russian President Vladimir Putin called for Europe at the recently concluded Shanghai Cooperation Organisation summit in Uzbekistan to open the Nord Stream 2, a pipe that runs parallel to Nord Stream 1, to ease the supply crisis and bring down elevated gas prices.

But he also mobilised reserve troops, raising the spectre of a nuclear conflict and ensuring that fuel prices are kept on the boil.

Europe’s TTF gas futures benchmark, a gas trading platform in the Netherlands, went as high as €346.5 per megawatt hour (Mwh) on August 26, jumping over 23 times from Covid-affected October 2020.

It has since declined to €185 per Mwh, equivalent to around $54 per million British thermal units (mmBtu), according to ICE data.

That rate is 27 times more than what Indian importers paid for spot supplies of the fuel in late 2020.

TTF often serves as a pricing proxy for the European LNG import market.

In the past, TTF has typically trailed Asian spot LNG rates.

Even when Asian spot LNG surged to over $30 per mmBtu in January 2021, TTF was trading below $10 per mmBtu, according to International Energy Agency data.

Europe was anchored by steady supplies of cheap Russian pipeline gas, and had less need for LNG then.

Ukraine has changed the equation.

The EU’s plans to cut reliance on Russia will amount to replacing 100 billion cubic metres of Russian gas with 70 million tonnes of LNG, or 18 per cent of global LNG trade, by December.

The actual substitution will be lower given the lack of adequate LNG import terminals in Europe, but still substantial enough.

“Strong demand for LNG will make it difficult for India to compete in the global natural gas market,” said Matthew Carr, head of CarrZee, a London-based clean energy intelligence provider.

“The crazy high prices will slow the developing world’s attempt to improve access to energy and electricity.”

“Contract values have been super volatile and I expect prices will stay this way because there is little certainty about how long the Russia-Ukraine war will last,” Carr, an expert on gas and climate change, added.

India’s LNG imports in August fell 19 per cent from a year earlier.

Purchases in April-August declined 10 per cent, the oil ministry said.

Gas consumption fell by 10 per cent in August from a year earlier, and cumulative use fell 4 per cent this fiscal.

The only upside of falling gas use is a dip in LNG import dependency in August — the irony being that India needs to cut gas use to improve energy security.

“We believe this muted growth would be dictated by the persisting elevated price of LNG in the international market and affordability in end-use sectors.”

Like CRISIL, most analysts have revised their forecasts downwards after expecting LNG imports and gas use to grow by 10-15 per cent before the Ukraine invasion.

City gas consumption accounted for 22 per cent of gas use in August, only behind fertiliser at 34 per cent.

Affordability is key to India’s gas use, said a Petronet LNG official.

Current spot rates put the fuel out of reach of Indian consumers.

The average gas price discovered on IGX, India’s only gas trading platform, in August was $30 per million Btu.

That’s bad news for the likes of Adani, IOC, BPCL, GAIL, and several others who are investing over Rs 2 trillion to build India’s gas transmission, import, and distribution infrastructure.

India’s gas sector is still afloat because over 80 per cent of India’s annual LNG supplies come from term contracts.

But the chain is weakening after Gazprom reneged on a 2.5 million-tonne-a-year contract, around 14 per cent of all long-term supplies, according to a GAIL official.

There may yet be some relief if the winter is not harsh.

“Europe’s gas consumption has been falling since spring due to the high prices, but until recently, imports stayed strong because of the need to fill up gas storage,” said Lauri Myllyvirta, lead analyst, Centre for Research on Energy and Clean Air.

“Now storage is almost full and imports have started to fall in a pronounced way in the past month, providing some relief to the tight market and high prices.”

China’s LNG imports have fallen steeply this year (due to Covid-imposed restrictions to business activity), and if that trend continues through the winter, it will also ease the shortage, said Myllyvirta.

“One way to conquer price volatility is via robust storage.

The International Gas Union advises countries with more than 30 per cent external dependence on gas that the working gas volume of storage facilities should account for more than 12 per cent of annual consumption.

Facing gas demand six times that of India, Beijing embarked on building underground storage in parallel to boosting gas use.

Working gas capacities at over 19 billion cubic metres in China are equivalent to 30 per cent of India’s annual gas use.