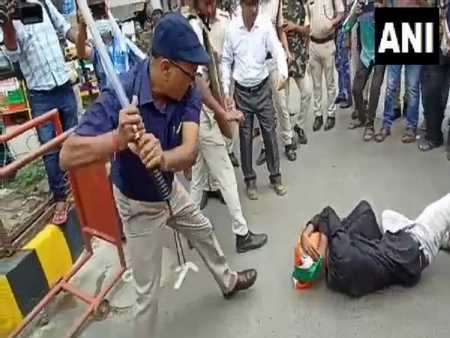 A protest happens because the State doesn’t follow its own laws.
A protest is an objection and a complaint.
It exists because it is otherwise unheard, observes Aakar Patel.

The Supreme Court of India has generously allowed citizens the right to protest ‘in designated area’.

It had said this in its judgment and criticism of the Shaheen Bagh sit-in against the citizenship amendment law and the National Register of Citizens.

Its observation was that ‘dissent and democracy go hand in hand but protests must be carried out in designated area. What started out as a protest caused inconvenience to commuters. This is what was witnessed in Shaheen Bagh.’

Many readers may not know what designated area means. I didn’t know myself till I worked for a civil society organisation only a few years ago.

It means some part of the city that is marked off for protest, such as Jantar Mantar in Delhi and Freedom Park in Bangalore.

People are allowed to gather there for a specified period and then disperse.

To access even these areas, the citizen must apply for permission to the police and to the government.

Readers will have seen in Europe and the US, small groups of people spontaneously picketing workplaces and corporate offices, holding up placards and chanting slogans. This is illegal in India.

Article 19 reads: ‘All citizens shall have the right to assemble peacefully and without arms.’

We don’t have any such right. We have the fundamental right to apply to the police to gather in a designated area.

The police has the right to approve, reject or not respond to us.

This last option is exercised often — I can testify to this on the basis of personal experience.

In the rest of India, designated area protests are preferred by the State because they can be safely ignored.

Jantar Mantar — visit it sometime if you haven’t, it’s in the heart of Delhi — has dozens of installed protest sites, some of which have been there for years.

Nobody cares what they are protesting about; certainly the State doesn’t.

The State sees protest — and Fundamental Rights generally speaking — as a nuisance which must exist on paper, but not exercised in defiance of the State. The most peaceful, Gandhian manner of protest will not be tolerated in India.

There is nothing more noble than the human being taking what Gandhi did — starve — to the end.

A woman in Manipur chose to do that for justice and the State chained and force-fed her through a nasal pipe for 10 years rather than allow her the right to do what the British allowed Gandhi.

Irom Sharmila is not a heroine in this country and not the recipient of the Bharat Ratna, as would have been the case in a more civilised nation. She is an enemy of the State.

What the Supreme Court has observed or ordered (it is not quite clear which of the two it is) in the matter of Shaheen Bagh does not apply to political parties and more organised forces like farmer’s unions and caste groups.

They can and they will continue to protest outside designated areas, calling for and enforcing bandhs and hartals, rail rokos, chakka jams and the rest.

The State lacks the capacity to prevent this so it looks away. The Supreme Court also looks away.

Defiance is the heart of protest. A protest happens because the State doesn’t follow its own laws. A protest is an objection and a complaint.

It exists because it is otherwise unheard. In the designated area it will remain unheard.

If the home minister announces his intention of locking up millions and denying them citizenship rights, if the State reverses burden of proof on this and demands that we provide the evidence to its satisfaction, then it is naive to assume that protests will not happen. And if they do happen, that they will happen in a designated area. 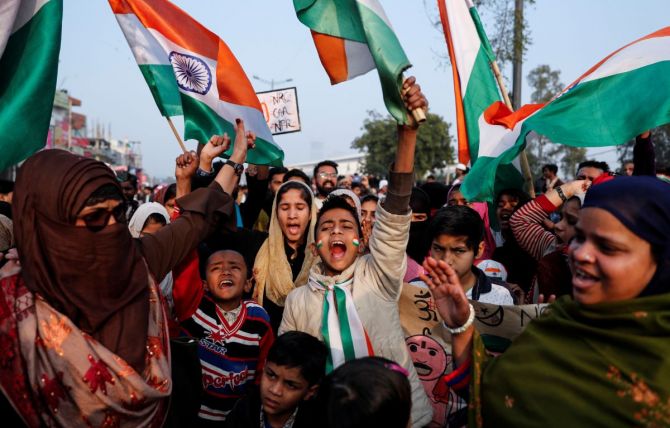 Shaheen Bagh is seen very differently around the world because for many it is inspirational that a group of marginalised women chose to defy the State.

They are admired for it and for their effectiveness, and the women know it.

And such defiance is not going to end because of the court’s irritation.

After yet another rape and murder by the armed forces, Manipur’s women stripped naked and presented themselves for rape before the army’s gates in 2004.

One would like to know what they think about the court’s order that they only protest ‘in designated area’.

Aakar Patel is a columnist and writer and you can read Aakar’s earlier columns here.