Mandate 2019 has challenged caste- based identity for the first time in 30 years, since the Mandal Commission’s report to give job reservations to the OBCs came into effect in 1990. 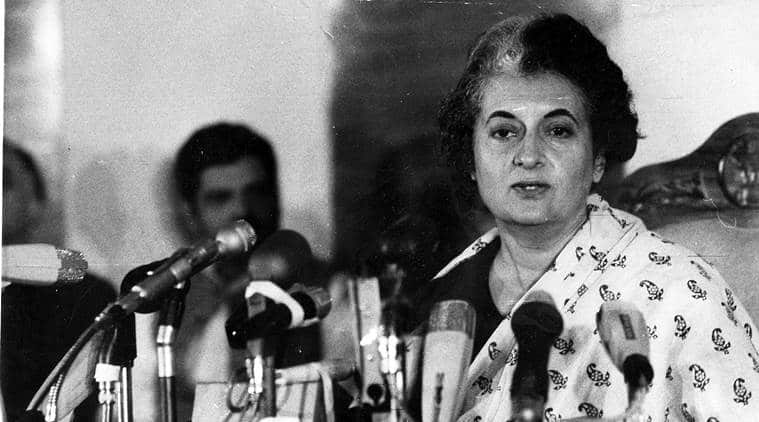 Narendra Modi’s 2019 win is a watershed moment in the contemporary history of India. The sheer scale of the victory has been breathtaking. It is not as if there have not been spectacular victories in the past. In the first election after Independence in 1952, the Congress party had got 364 of 489 seats and 45% of the popular vote (the same as the NDA has notched up this time). In 1971, Indira Gandhi won a landslide after her clarion call for ‘Garibi Hatao’.

The 1977 verdict had also stunned the country when the invincible Indira — and her equally powerful son Sanjay Gandhi — were defeated in their fiefdoms in UP and the Congress wiped out all over North India because she had abridged fundamental freedoms through the imposition of the Emergency. The biggest mandate however came in 1984, when after his mother’s assassination, Rajiv Gandhi won a whopping 415 seats, not even clocked by his grandfather Jawaharlal Nehru.

But the significance of 2019 lies not just in the scale of the victory. The BJP had got a majority on its own also in 2014. It lies in the BJP coming to occupy the space in the country’s politics which belonged to the Congress in its heyday. The pendulum has swung the other way. The Nehruvian vision which, for instance, included making minorities secure in an inclusive India, even by giving primacy to their concerns, has given way to a majoritarian rule, emphasising Hindu identity and consolidating it as a political force. This will have its own implications for the country’s governance as well as social relations. The BJP leadership has already announced that it would abrogate Article 370, which confers special status on Jammu and Kashmir. The Mandir in Ayodhya remains on its agenda, and it may opt for its construction at an appropriate moment, using the legislative route if the Court does not give a favourable verdict.

Poll 2019 has further powered the already strong leadership of Narendra Modi. In 2013, a year before Modi became PM, a BJP leader had remarked during a private conversation, “Narendra Modi will model himself not on any of the figures in the RSS pantheon but on Indira Gandhi.” As with Indira, the party is today dependent on him, not he on it, and he is able to connect with people directly above its head.

And like Indira Gandhi, he has managed to acquire a pro-poor image, with the deprived sections seeing him as their messiah — in the process taking the Congress’s plank away from it. The strong leader image was also reinforced after Balakot,where he was seen to hit back at Pakistan. Indira Gandhi was called “Durga” after the creation of Bangladesh, having taken on Pakistan.

Given the blank cheque that the country has given him, Modi-2 enjoys unparalleled powers today. This comes when the Opposition is weaker than ever before. And possibly more demoralised. The Congress, which even today could be the only countervailing national force to a resurgent BJP, and provide the necessary checks, is not able to stem its decline.

In 1984, when the BJP was reduced to two Lok Sabha MPs, it had an Atal Bihari Vajpayee and a L K Advani at its helm. It had a Chandra Shekhar, who undertook a padyatra from the South to the North to mobilise public opinion and unite the Opposition. It had a V P Singh inside the Congress calling Rajiv Gandhi to account on the Bofors gun deal, despite the massive mandate he had won in 1984. This led to the ouster of Rajiv Gandhi as PM in the 1989 elections, throwing up a national coalition supported by the BJP and the Left parties.

Mandate 2019 has challenged caste- based identity for the first time in 30 years, since the Mandal Commission’s report to give job reservations to the OBCs came into effect in 1990. It spawned backward class politics, changed the power balance, and threw up a crop of backward class leaders all over North India, like Mulayam Singh Yadav, Lalu Prasad, Nitish Kumar, Uma Bharti, Shivraj Singh Chouhan. In one stroke, the Modi wave has washed away caste-based alliances (for ‘social justice’) in UP and Bihar.

It is early days to conclude that caste will cease to determine voter choices. Does the 2019 setback to opposition parties have more to do with the effete leadership of the Mandal children (Akhilesh Yadav, Tejashwi Yadav, even Mayawati), as compared to the street-fighting ways of their parents or mentors, Mulayam, Lalu or Kanshi Ram. Or has the Mandal story run its course with a young and a ‘New India’ — 50% of the population being under 25 — now aspiring for the fulfilment of their dreams through a larger identity?

Mandal and Kamandal have fed into each other in the last three decades — the regional parties, like the SP and BSP, relying on caste mobilisation and the BJP on Hindu consolidation. Election 2019 has diluted caste loyalties, but it has further reinforced religious identity. In his first post-victory statement, Narendra Modi gave new definition of caste identity. There were only two castes, he said, one of the poor and the other of those who wanted to alleviate poverty.

It is also Modi’s artistry and mastery with words (for example, his words of thanks on Thursday, “Aapne is fakir ki jholi bhar dee hai”) and the way in which the BJP has used the mass media to project him, to take his visuals and words to virtually every home in the country, which makes this election different from any other in the past.

Indira Gandhi also recognised the importance of optics and her visit to inaccessible Belchhi in Bihar, which had seen violence against Dalits, atop an elephant, had figured widely in the newspapers at the time, leading to her comeback after her 1977 defeat. But she did not have the tools that electronic and social media (WhatsApp, Twitter, Facebook) and the latest technology provide today to communicate with the last Indian — which is something Modi has and is savvy with.

The writer is a senior journalist