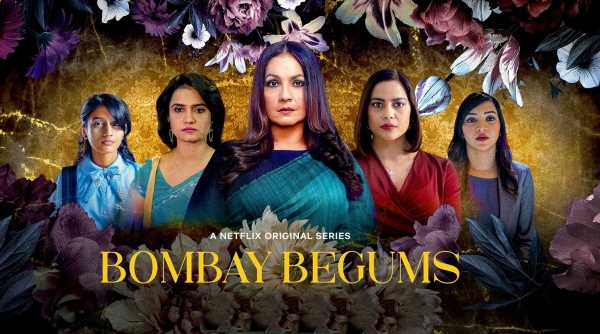 Unlike in hypermasculine shows, which are not interested in their female characters beyond their sexual beings, Bombay Begums’ women don’t have a straightforward relationship with their desires. At first sight, Alankrita Shrivastava’s Bombay Begums gives you a feeling of deja vu. Perhaps, it appears familiar because of a growing number of series and films preceding it, ranging from Four More Shots Please!, Made in Heaven, Guilty, Masaba Masaba, among others, that focus mostly on the lives of urban upper-class, upper-caste women. Written-directed by female creators, they make clichés like “flawed women” almost sound redundant by suggesting that it is a given. Often dismissed as frivolous or myopic, each new show makes space for another to follow. The seen-before feeling then is also a testament to this intertextuality, one that is perhaps best enjoyed without the burden of quick judgment.

The four women at the heart of the show reflect an attempt at some kind of (limited) intersectionality — the older, newly appointed Bank CEO Rani, the moving-up-the ranks Fatima, the younger, new-to-Bombay Ayesha and the ex-bar dancer turned prostitute, Laxmi/Lily. Initially, the thought process behind this choice is too obvious. It takes its time to feel necessary to the story being told. The inane voiceover that makes it appear less and not more profound does not help either.

The bigger problem, though, is the inability to write characters who are not upper class with as much empathy. In its absence, Laxmi sometimes comes across as a character through whom the show demonstrates its progressive politics, and not someone whose life it is interested in. She is a survivor, the “real” queen of Bombay, we are told. The writing is aware of its distance from her, she is not one of its own. She quickly spells out her motivations — she wants izzat, respect. This is a recurring pattern, reminiscent of Made in Heaven’s Jazz. Eventually though, Amruta Subhash’s graceful acting rescues the character.

Like in Shrivastava’s previous film, Dolly Kitty Aur Woh Chamakte Sitare, women’s relationship to their own desires, of all kinds, is never straightforward. This is in sharp contrast to hypermasculine shows like Mirzapur that are incapable of imagining their female characters beyond their being sexual beings, tricking us into believing that this in itself is somehow subversive.

Bombay Begums is not preoccupied with proving the subversiveness of its characters. This is evident in the arc of most of its characters who do not always know what they want — in Fatima’s growing distance from who she is supposed to be with her husband, even as she instinctively knows who she is at work; in Ayesha’s exploration of her sexuality wherever it takes her. Rani’s vulnerability, as she seeks love and desire outside her marriage, feels hopeful and human.

The most hopeful moment of the show, though, is the clarity in its representation of sexual harassment at the workplace, including the silence and complicity that perpetuates it. An extended sequence captures the shifting dynamics between Ayesha and her senior Deepak with a preciseness that is chilling. She realises too late that all along, he had been taking note of her vulnerability, that he was aware of the possibility of exploiting her. The fact that she is a drifter and a promiscuous sort of character feels safe in the hands of the show. So does both Rani and Fatima’s status quoist response and the eventual unravelling of each response — one from repressed history and the other from genuine belief.

In that context, a wordless, powerful moment somewhere towards the end is particularly striking. This is when Deepak drops in at Fatima’s office to thank her and exercise some sort of claim over her. Fatima’s gaze, though, has altered. Till then, she had seen him as her mentor, the one who taught her the rules of the game. He was a family friend, a loving father and husband. Now, she realises, he is also someone else. This is an insight we owe to the debate provoked by the #MeToo movement — your mentor could easily be someone else’s abuser. As he manspreads on the sofa, revelling in the power of the ugly masculinity that he thinks has saved him, we see him clearly for who he is. It is vastly different from how he had appeared till then. What has changed? We have, so has Fatima and so have those who are getting to tell these stories. I had goosebumps.

Magazine is a writer based in Delhi