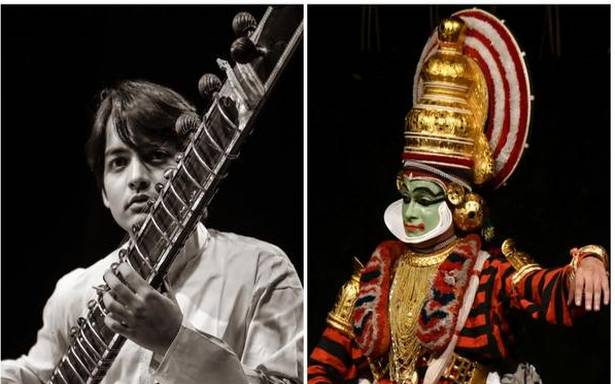 The play has a Sutradhara (narrator) telling us the powerful love story of King Pururavas and the Apsara Urvashi. It is a depiction of how Pururavas rescues Urvashi after she is kidnapped by the demon Kesi.

The performance is for audiences eight years and above.

The hills of Dehra come alive when one hears the name Ruskin Bond. As a part of the UNLU masterclass program, the prolific writer, who has had a successful seven-decade career, will teach you how to write. “It took over four years for my first novel to get published. So, don’t think that I had an overnight success,” says Bond. Drawing from this rich experience, he will teach you how to build chapters, create characters, editing and publishing. The 28-lesson course goes on for a little over two and a half hours.

Sitarist Anupama Bhagwat’s Kailas Sangeet Trust is putting together a concert to honour the late sitarist Pandit Bimalendu Mukherjee. The two-hour pre-recorded online concert features sitarist Mehtab Ali Niazi, vocalist Raghunandan Panshikar, and sarod player Abhishek Borkar. “In last year’s live concert, we had stalwarts including Ustad Zakir Hussain. This time, we wanted to include promising young talents like Mehtab,” says Anupama. “We have sitar, which is guruji’s [Mukherjee] primary love and sitar and sarod. Considering it’s a tribute to him, all the artists have given their best performances.”

Chef Ruben, a sushi expert, is putting together sushi and sashimi platters at The Oberoi’s Asian restaurant, Wabi Sabi. Sushi and sashimi apart, you can also have the traditional Hosomaki rolls, hand-rolled Temaki, Omakase platters and more.

Rasovara is organising a mango food festival, ‘Aamlicious’ from April 9 to May 31 at its UB City outlet. Aamrakhand, Mango raita, Fajeto, KachiKairi Ring Dhokla, Ker Sangri, Mango Pulao and more and an array of other mango-based sweets and savouries will be available.

Karkhana Chronicles II, an online textile exhibition — in collaboration with the royal families of Indore, Kathiwada, Bhavnagar and Mysore — focussing on sustainability (from April 25).

With the number of COVID cases surging in Bengaluru, like in many other places in India, people are advised to stay home as much as possible. The aforementioned schedules, too, could change because of the increasing number of cases.