How West Bengal's revolutionary and progressive self-images hid the '4 Cs' of its politics — caste, communalism, corruption and coercion. 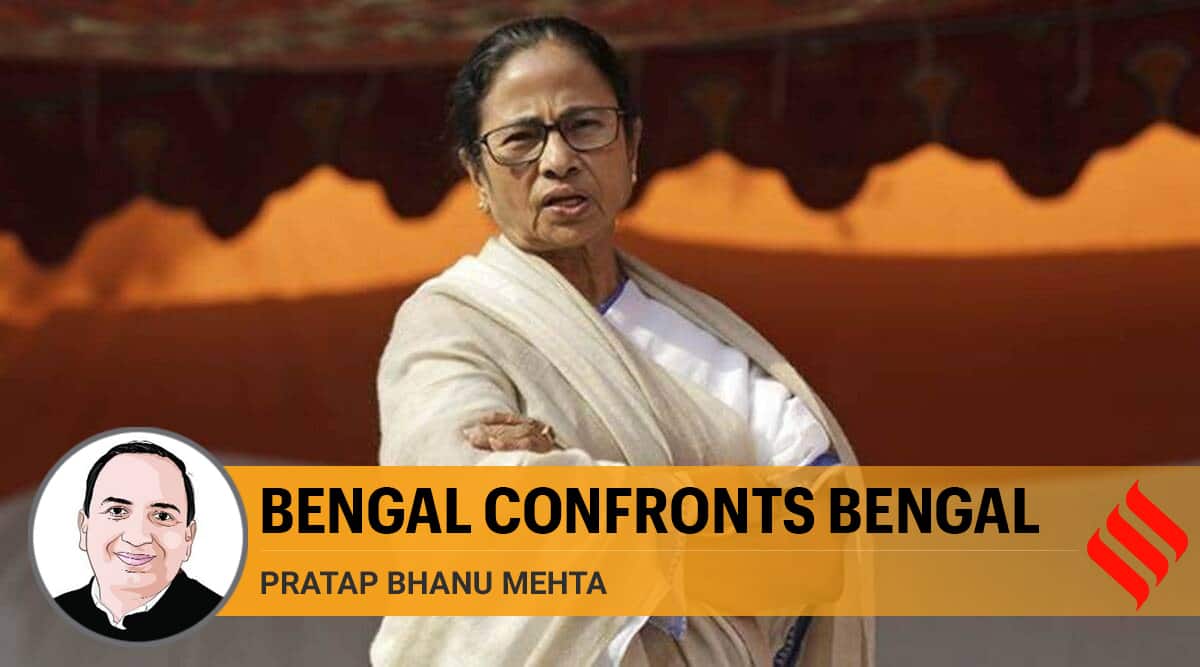 The current election in West Bengal might be Bengal’s first full confrontation with its own reality. Bengali politics has operated under ideological shadows and myth-making, carefully nurtured and controlled to avoid confronting its own social contradictions. First, it was Bengal as the creator of a unique, enlightened urbanity and humanism, betrayed by the braying hordes of Indian nationalism. This narrative was enough to provide a century’s worth of nostalgia and repetition. Then came the progressive self-image: The revolutionary vanguard of a society dedicated to redistribution. This redistribution could be allied with anti-communalism and a gesture at high humanism. When this progressive self-image ran out of steam, there was poriborton. In all other states, change is routine. In Bengal, it had to be made a task.

This self-image was quite charming. It did create and sustain a beguiling culture that converted us all to Bengalophilia. Land reform was a real achievement, but not as spectacular as some have claimed. But this sequence papered over the 4 Cs of politics — caste, communalism, corruption and coercion — hidden in plain sight by some spectacular self-images. In this election, these four Cs have come into the open, all at once. To the extent that this is the terrain on which Bengal politics is being conducted, the BJP has won, even if it loses the election.

The claim that caste was absent in Bengal politics was always problematic. The concentration of upper castes in urban Bengal and their secession from rural power structures allowed them to live the fiction of a casteless politics. As Sekhar Bandyopadhyay long pointed out, Partition shifted the discourse of caste to a discourse of migration and rehabilitation which could be subsumed by a politics of social justice without eradicating it. But the power structures were always suffused with caste, something captured much earlier in literature than in social science. It is striking how the discussion of marginalised groups like the Matuas is so much more visible in this election.

Both Dalit and Muslim politics in Bengal had been contained within an edifice that denied them independent political space and economic empowerment. Dalits are seeking more assertive political space through the BJP; and Muslim politics is looking to experiment with different possibilities. As Rahul Varma pointed out, the BJP used Dalit politics for Hindutva consolidation in Bengal. This is ideal terrain for the BJP. It could use Dalits as a wedge to throw open the caste character of the dominant Bengali order. It could play on a terrain where it is strong: The tapping of repressed memories. It has positioned Hindutva as the vehicle of Dalit empowerment.

The undercurrent of a communalised politics, charges of minority appeasement, were always lurking under the surface. The BJP forced Mamata Banerjee to play on their terrain. Like the Congress of old she has to now try to run a Muslim consolidation of votes, along with Hindu nationalism. Her granting of allowances and housing for sanatan Brahmin priests was that kind of symbolic act. But the very fact that she had to declare her Hindu allegiances as a political performance is an indication of the communalisation of politics. It has exposed her to the charge the BJP has always made, that all secularism is electoral secularism, a façade that can crack quite easily.

The third confrontation with reality is over corruption. The CPM ran a party state, in which corruption is knit into a hierarchical organisational order, and therefore was not called corruption. Mamata’s governance model is different. She relies, in line with the national trend, on the deepening of private individualised transfers through a variety of social schemes, from Kanyashree to Swasthya Sathi. Some of these are done quite well. But this delivery is done through empowered bureaucrats more than party structures or community coalitions. The second shift is displacing older structures of party corruption which were embedded in the community with an alternative network of brokers and rent extractors; this is a system at once both centralised and more extractive. There is the potential of both popular worry about corruption, and potentially more competition and dissatisfaction if the spoils are not distributed well. Taken together, centralised corruption and bureaucratic empowerment weaken party organisational structures.

The bhadralok intellectuals will protest that Bengal is undergoing Nirad Chaudhuri’s nightmare: Bengal being overrun by UP-style politics. But in truth these contradictions are homegrown and long in the making. After all, it is this same intellectual class that stood idly by when the CPM perfected the model the BJP wants to emulate: The creation of a party state. For instance, Bengal systematically dismantled its advantage in higher education on the altar of ideological conformity, and licensing of state penetration and capture of civil society institutions.

These fundamental dynamics are obscured by the persona of Mamata Banerjee, one of the last leaders left with some spunk, and a degree of popular identification. That the four Cs have changed the terrain of politics is beyond doubt. But will communal polarisation be enough for the BJP to surpass its 2019 performance? Will some votes gravitate back to the Left enough to create a three-cornered contest with its own peculiar mathematics? Has the BJP’s “we will take anybody” neutralised its anti-incumbency advantage over corruption? How much of a difference will the campaign make?

One thing is clear. Bengal does not provide a progressive alternative, unless all one means by progressive is non-BJP. If Mamata, against odds, wins, it will at least keep alive a distribution of power in the Indian system that could be a site of resistance. But we shall see what Bengal’s first brush with reality yields.

This article first appeared in the print edition on March 12, 2021 under the title ‘Bengal confronts Bengal’. The writer is Contributing Editor, The Indian Express.