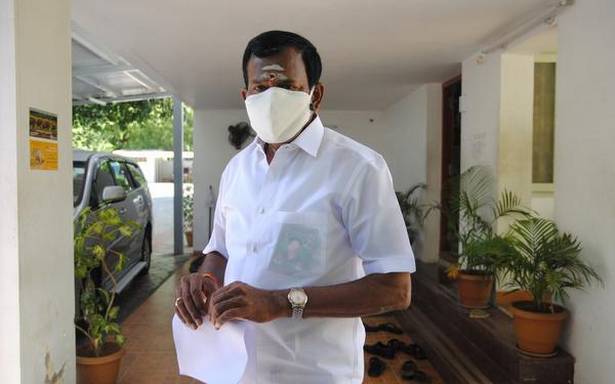 “Mr. Stalin, even though DMK won comfortably and came back to power, I know about your concern about not being able to secure more seats in Erode. We will play a role in addressing that concern,” he said speaking at Arivalayam, DMK’s headquarters.

Mr. Venkatachalam also said over 900 cadres from various political parties and other organisations joined the DMK along with him. He claimed he would rope in another 25,000 cadres, if Mr. Stalin orders.

He hailed Mr. Stalin’s governance and said it is ensuring social justice and acting as a role model for the entire India.

Mr. Venkatachalam was elected to the Assembly from Perundurai in 2011 and 2016 and served as the Minister for Environment and Revenue in the Jayalalithaa government. Since he was denied nomination in the 2021 assembly election, he contested as an independent candidate and was expelled from AIADMK.