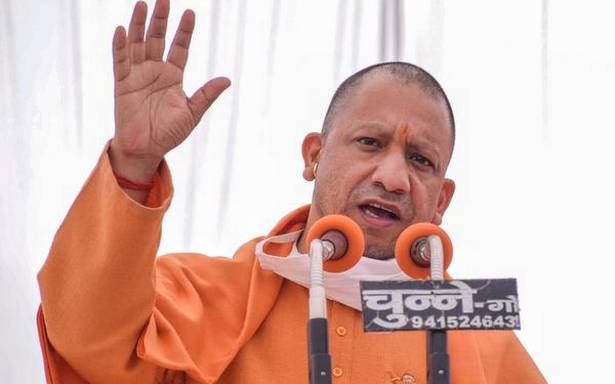 He underlines the change that had come about after the BJP came to power in U.P.

Uttar Pradesh Chief Minister Yogi Adityanath, taking a dig at the Opposition parties, said on Sunday that those who used to dismiss Lord Ram as “imaginary” were now stating that “Ram belongs to everyone.”

Mr. Adityanath made the comments at an event in Gorakhpur while underlining the “parivartan” or change that had come about after the BJP came to power in the State.

Though Mr. Adityanath did not name any leader, his comments appeared intended at Samajwadi Party president Akhilesh Yadav who had recently said Lord Ram also belonged to his party.

“We believe in all avatars of Lord Vishnu. Does Lord Ram not belong to us Samajwadis? Is Lord Vishnu not ours,” Mr. Yadav has asked during a brief stopover in Ayodhya recently.

Incidentally, on Saturday, the former Chief Minister met a group of leaders of different faiths from Ayodhya and claimed to have their support for the 2022 Assembly elections.

Mr. Adityanath said the launch of the construction of the Ram Mandir on August 5, 2020 through Prime Minister Narendra Modi “proves that the Ramjanmabhoomi movement was a positive movement and was not negative in any sense.”

“Those who opposed that andolan [movement] had negative thinking and therefore would defame the movement,” he said.

Even though the Supreme Court in 2019 paved the way for the construction of a Ram Mandir at the disputed site in Ayodhya and the construction work kicked off, Mr. Adityanath continued to rake up the issue.

Recently, he linked the ongoing farmer protests in and around Delhi to the Ram Mandir and said those “misleading” the farmers were ones “who cannot tolerate that a grand temple of Lord Ram is being built in Ayodhya.”