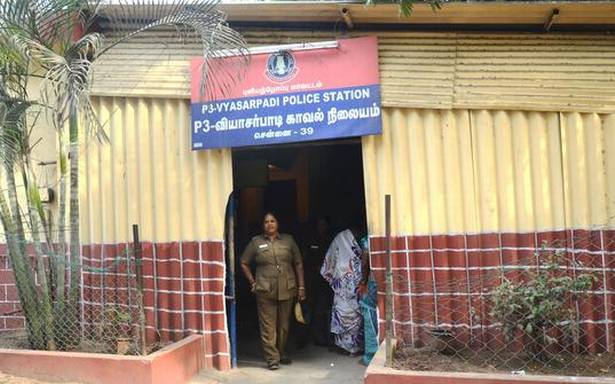 Three youngsters who were brought to the Vyasarpadi police station for inquiry on Saturday for investigation, escaped from the station allegedly after pushing the sub-inspector who was on duty.

According to police, Ajith Kumar, who has 24 cases pending against him, Ajay Gupta, who has 20 cases against him and Jagadeeshwaran who has 22 cases, were picked up by the police for an inquiry. A sub-inspector was assigned to guard them. However, around 4 am, Ajith Kumar and Ajay started fighting amongst each other and broke a mirror.

When the sub-inspector approached to pacify them, they pushed him away and escaped from the station. Senior police officers rushed to the spot and conducted an inquiry.

"We had just brought them for an inquiry, but it appears they were scared and hence fled the station. We are searching for them," said a senior police officer.