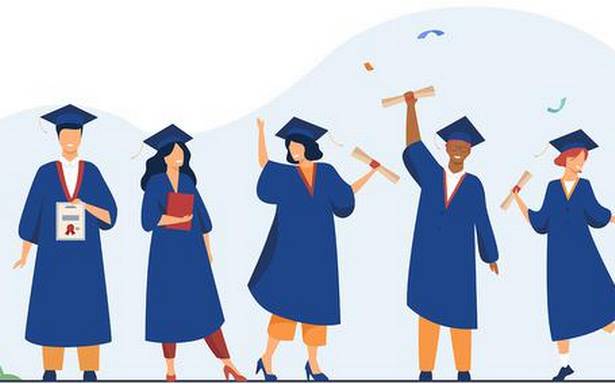 It has, prompted the Higher Education department to direct universities and higher education institutions to reissue degrees, mark lists and other documents that incorporated the new identity of transgender people.

A 27-year old trans man’s battle for re-issued degree certificates that reflected his identity has brought a landmark victory for the LGBTQ+ community.

Thrissur native P.R. Raghav’s struggle to obtain modified academic credentials turned out to be an indicator of the systemic inertia that affected the section in a State that takes pride in being the first to adopt a transgender policy.

It has, however, prompted the Higher Education department to direct universities and higher education institutions to reissue degrees, mark lists and other documents that incorporated the new identity of transgender people. These will have to be reissued with the changed name “without mentioning that it is a re-issued certificate”, the order stated, adding that the Statues should be amended if necessary.

Mr. Raghav had to run from pillar to post to alter his name and gender in his certificates after undergoing sex reassignment surgery (SRS) three years ago.

After obtaining B.Com. (Hons) from Calicut University in 2015, he went on to complete MBA under Mahatma Gandhi University two years later. Having underwent SRS in April 2018, Mr. Raghav had legally changed his name and gender through publication in the Kerala Gazette.

Subsequently, he approached both the universities for reissued certificates and also applied for the necessary changes in official documents including passport, PAN card, driving license, Aadhaar card and a Transgender Identity card.

While he managed to receive the corrected documents from Mahatma Gandhi University, Calicut University turned down his request. It cited his degree being issued before the surgery and the Gazette notification as the reason. The university had only initiated steps to formulate a transgender policy then.

“I had no trouble in modifying my other documents. In fact, I was issued a passport within 10 days of application. However, the reluctance of the university and the Central Board of Secondary Education (CBSE) in reissuing certificates had put paid to several job opportunities including those at Infopark in Kochi owing to mismatching credentials.” says Mr. Raghav, who works in the Bengaluru branch of an Australian bank.

He moved the Kerala High Court early 2020, but the case was pending. His lawyer Ferha Azeez, who has taken up cases on behalf of LGBTQ+ organisation Queerala, says the pendency of similar cases as impacted the job prospects of many transgender people.

While the government order instils confidence, Mr. Raghav’s struggle for justice is far from over. He has been waging a legal battle at the Delhi High Court against the CBSE which has not agreed to his demand for similar changes in his Class X and XII certificates.