The Indian Express explains the manner in which the Tibetan elections are held and who all are in the fray this time. 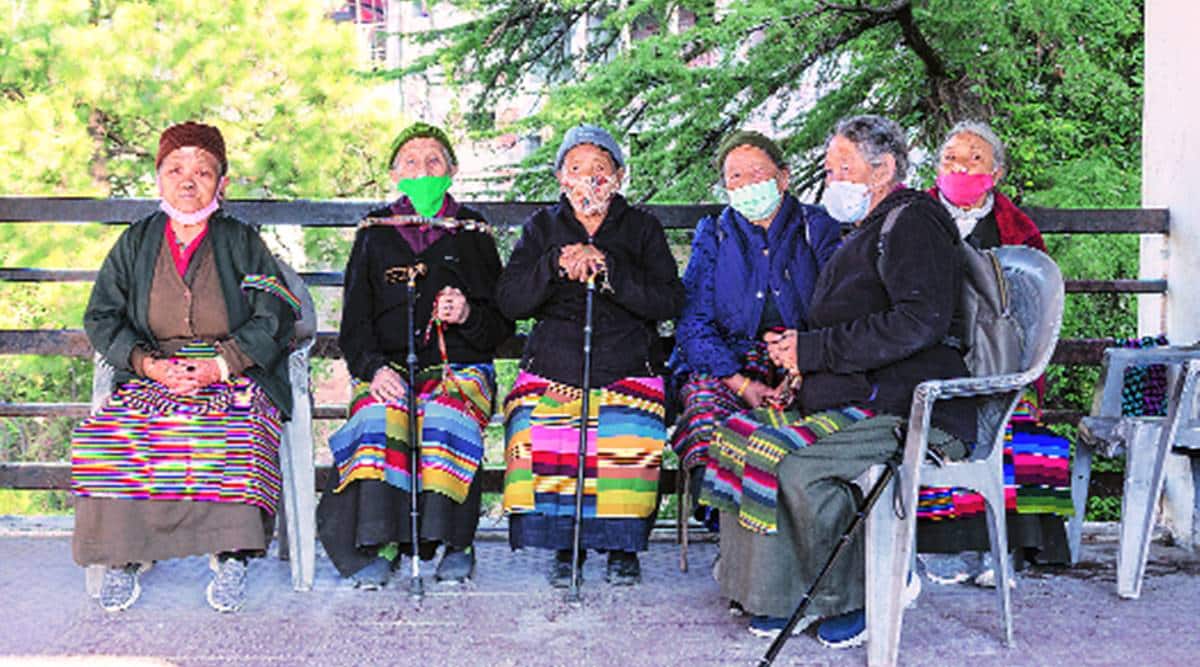 OVER 1.3 lakh Tibetans living in exile and settled across the globe and mostly in India, will be electing their next Parliament-in-exile in May 2021, with the preliminary round beginning in January. The result of the first round will be declared on February 8 next year, and the final result will be declared on May 14. According to the Green Book of the Tibetan government-in-exile, over 1 lakh Tibetans are settled across India, and the remaining are settled in the United States, Australia, Brazil, Canada, Costa Rica, France, Mexico, Mongolia, Germany, United Kingdom, Switzerland and various other countries. The Tibetan Parliament-in-Exile (TPiE) has its headquarters in Dharamshala, in the Kangra district of Himachal Pradesh. The Indian Express explains the manner in which the Tibetan elections are held and who all are in the fray this time:

The Speaker and a Deputy Speaker head the Tibetan Parliament-in-exile. The 16th TPiE had 45 members – 10 representatives from each of the traditional provinces of Tibetan – U-Tsang, Dhotoe and Dhomey; two from each of the four schools of Tibetan Buddhism and the pre-Buddhist Bon religion; two representing each of the Tibetan communities in North America and Europe; and one from Australasia and Asia (excluding India, Nepal and Bhutan).

Till 2006, it used to be called ‘Assembly of Tibetan People’s Deputies’ (ATPDs) with a Chairman as its head and a Vice-Chairman, after which it was changed to Tibetan Parliament-in-Exile, headed by Speaker and Deputy Speaker.

The Central Tibetan Administration (CTA), as it is called, exists and functions on the basis of the Constitution of the Tibetan government called the ‘The Charter of the Tibetans in Exile’. In 1991, the Constitution Redrafting Committee instituted by the Dalai Lama prepared the Charter for Tibetans in exile. The Dalai Lama approved it on June 28, 1991.

Till 2001, the Dalai Lama used to suggest three names for each post of Kalon (minister in the Cabinet) and the Assembly selected one each. Kalon Tripa (the Central Tibetan Administration’s head) used to be elected from among the selected Kalons. In 2001, fundamental changes happened with the amendment of the Charter that facilitated direct election of the Kalon Tripa by the Tibetans in exile. Prof Samdhong Rinpoche was elected with 80 per cent of the votes. The directly elected Kalon Tripa then nominated the Kalons with subsequent approval of the Tibetan Parliament-in-exile. On March 14, 2011, the Dalai Lama devolved his political leadership and the Charter was again amended. The political leadership was transferred to Kalon Tripa, who was called Sikyong (president of the Central Tibetan Administration).

The 2021 elections will be held for the president of the CTA and the 45-member TPiE. According to the CTA’s Election Commission, nearly 80,000 Tibetans living outside Tibet have registered for voting so far, including roughly 56,000 living in India and 24,000 in other countries. One last round of registration is pending, and any Tibetan aged above 18 as per one’s identity document called the Tibetan Green Book is eligible to vote following registration. Only Tibetans living outside the subcontinent will elect their MPs based on their current geographic location. Besides MPs, voters will make their choice of the president as well. The voting will be held in two rounds. In the preliminary round, there will be no official candidates, i.e. a voter can choose any person of his/her choice, which is expected to be one of the several candidates who have started campaigning among the electorate. Unless a person secures 60 per cent of the vote, the two top contenders of the first round will become the official candidates for the second round to be held in April 11.

Who all are in the fray for Sikyong’s post?

Although the Tibetan Election Commission will finally nominate two main candidates in the first round of elections (January 3, 2021), who shall contest for the post of Sikyong in the second round (April 13), there are eight candidates who are among the front-runners. These include Dongchung Ngodup, the Dalai Lama’s representative in New Delhi; Penpa Tsering former Speaker of TPiE and former envoy in Washington D.C who contested in 2016 too; Kelsang Dorjee Aukatsang (Kaydor) who has been special advisor to Sikyong Lobsang Sangay and the Dalai Lama’s representative to North America; Dolma Gyari, former deputy speaker; Acharya Yeshi, incumbent Deputy Speaker; Lobsang Nyandak, former minister and based in New York; Tashi Wangdu, former CEO (Federation of Tibetan Cooperative Societies, Bangalore); and Tashi Topgyal who is based in Shillong.

The Kashag (Cabinet) is the Central Tibetan Administration’s highest executive office and comprise seven members. It is headed by Sikyong (political leader), who is directly elected by the exiled Tibetan population. Sikyong, subsequently nominaes his seven Kalons (ministers) and seeks the parliament’s approval. The Kashag’s term is for five years.

The process of democratization

The Dalai Lama began democratization soon after he came to India during the 1959 Tibetan National Uprising. He reportedly asked Tibetans in exile to choose their representatives through universal adult suffrage, following which polls were held for electing Tibetan Parliamentarians in 1960. Democracy for the Tibetans thus began in exile. In 1990, the Tibetan Cabinet (Kashag), which until then had been appointed by the Dalai Lama, was dissolved and a new Cabinet elected by freshly elected assembly members. In 2001, the Tibetan electorate for the first time directly elected the chairperson of the Cabinet called Kalon Tripa, equivalent to the prime minister. The Kalon Tripa could now directly appoint his or her own Cabinet. The Dalai Lama, however, continued to remain the supreme political leader. On March 14, 2011, he relinquished his political responsibilities, ending a 369-year-old practice. “The rule by kings and religious figures is outdated. We have to follow the trend of the free world which is that of democracy,” he said, while devolving his political role. Dr Lobsang Sangay, who was elected as the Kalon Tripa the same year, thus became the highest political office-holder among the Tibetans in exile. The position of Kalon Tripa was subsequently renamed Sikyong (President of the Central Tibetan Administration).

Is TPiE officially recognised by any country?

Not exactly, it is not recognised officially by any country, including India. But, a number of countries including the United States of America and European nations deal directly with the Sikyong and other Tibetan leaders through various forums. The TPiE claims its democratically elected character helps it manage Tibetan affairs and raise Tibetan issues across the world. The incumbent Sikyong, Lobsang Sangay, was among the guests who attended the oath-taking ceremony of Prime Minister Narendra Modi in May 2014, probably a first.