Muslim voters must give BJP a chance, see if their genuine aspirations are addressed 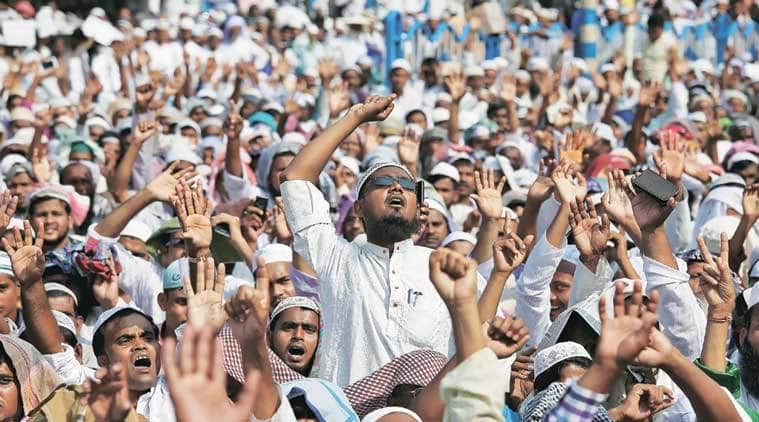 By announcing the creation of 100 madrasas, Prime Minister Narendra Modi has made it clear that there are no walls between the Muslim community and the BJP-RSS. The PM’s message to the community is to modernise and while remaining rooted. “Ek hath mein Quran, ek mein computer” (Quran in one hand and computer in the other), he said. Earlier, the PM also expressed his concern for the Muslims being used as a vote bank, stalling their progress.

Fundamental changes have been underway in our educational curriculum. Religious instruction across all faiths cannot stay isolated from this transformation. In 1996, the first BJP-led government under the leadership of Atal Bihari Vajpayee talked of combining the ideals of Vedanta and Islam. I have held the view that it is important to continuously engage with the BJP and Sangh to build a bridge of understanding.

The bitterness which our leaders have allowed to grow between the two sister communities and the immeasurable suffering it has led to, could have been easily avoided. Now, if the Muslim leadership wants to engage, it should be without any preconditions.

Today’s Muslim leadership has lost both its voice and utility. Nothing has changed since Independence and Muslims continue to be seen with a begging bowl. During every election, it has been proved that all of them are power-brokers indulging in pernicious vote-bank manipulation, then acquiring state patronage themselves and leaving ordinary Muslims to the mercy of God. In terms of electoral politics, the biggest mistake committed by most in the Muslim community has been the diatribe against the BJP, particularly during elections, exhorting people from the community to vote to keep the BJP out. By doing so, they not only communalise the scenario but also help unite the majority Hindu vote.

This ghetto mindset has rendered the 170-odd million Muslim community at a crossroads. Muslims have also observed in the recent election that the “Mahagathbandhan” of the so-called secular brigade too has miserably failed as its sole purpose was not development but to pull the rug from under Modi’s feet. After the result, even when the votes of the “Mahagathbandhan” and Congress in UP were added together, they could not overcome the BJP candidate’s tally.

This year, Modi magic worked and 10 to 20 per cent or more votes were polled for the BJP in UP alone and 36 constituencies with substantial Muslim presence were won by the NDA-BJP. In East Delhi, which has about 20 per cent Muslim electorate, Gautam Gambhir polled 57,000 votes in Zakir Nagar ward where the number of Muslim electorate is 3.10 lakh. Is the Muslim paradigm shifting?

After Modi had stated in his speech in Parliament that he wanted to provide justice to the exploited Muslim community, it was welcomed as well as treated with suspicion. Even in 2014, Muslims got to know their political mandate had been rendered futile. Rather than wasting their vote, they should try once at least to consolidate behind the BJP and see if their genuine issues are addressed.

Muslim voters have to shift their perspective from treating the BJP as politically untouchable. They must keep in mind which party and candidate can fulfil their aspirations. At the same time, while Modi believes in making India, some of his MPs and other supporters seem to believe in breaking India through their vitriolic remarks. The lynching of Muslims, which is going on unabated, must stop and those indulging in it must be given exemplary punishment.

If Muslims have voted for the Congress for six decades, they must in the next election, vote en block for the BJP and see the change.
The message of the recent mandate for the Muslim community is to distance itself from the rabble-rousing leaders like Asaduddin Owaisi and Azam Khan. This will pave the way for them to enter the political mainstream and reap the benefits that ensue. They should not harp on reservations and raise emotive issues. Assimilation is the watchword for the Muslim community.