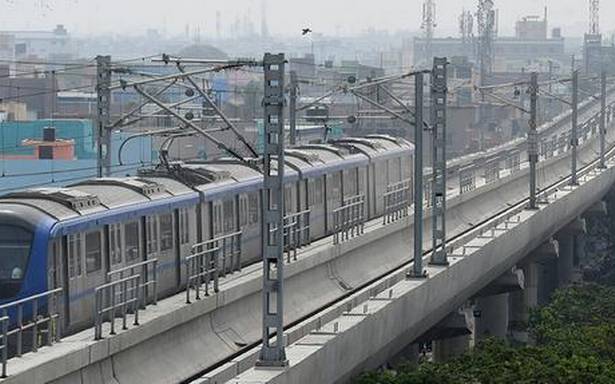 CMRL’s detailed project report to be ready in six months

At present, CMRL has embarked on a massive phase II project that runs for 118.9 km with three stretches — Madhavaram to Shollinganallur, Light House to Poonamallee and Madhavaram to SIPCOT and the construction will begin soon. Now, the State government has decided to extend the stretch from Poonamallee to Tirumazhisai.

Sources said the detailed project report would be completed within six months. AECOM has been awarded the contract for the job. This report would be an important document before construction was taken up as it would contain all the details, from the areas that would have a station to traffic pattern and how the construction needed to be executed.

The phase II project itself would have a depot at Poonamallee and Madhavaram. Now, it is expected that Tirumazhisai too may get a depot for maintenance of trains. “After the DPR is finished, it will be submitted to the State government and after decision on funding and other related issues are made, the construction can begin; but this will take some time,” a source said. Since there would be a moffussil bus terminus and Metro Rail at the township and it would be beneficial for commuters.

This stretch from Poonamallee to Tirumazhisai was likely to go through Nazarathpet, Chembarambakkam and might provide quick connectivity to various educational institutions such as Saveetha Engineering College, Panimalar Engineering College and Sree Sastha College of Engineering. “There will be students who will be keen on travelling in the Metro in future, because road traffic is pretty bad during the peak hours in these areas,” an official said. CMRL has been doing the detailed project report for extending this system from Chennai airport till Kilambakkam.