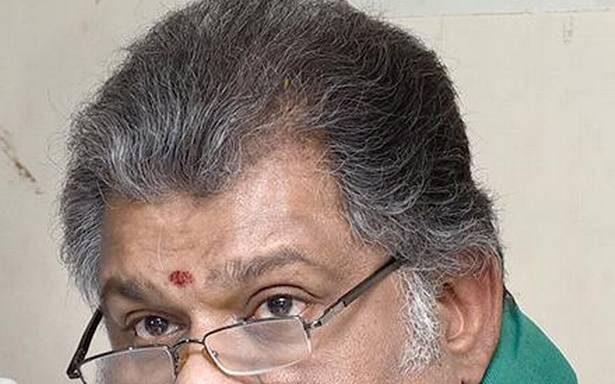 G.K. Vasan says he hopes that the party will get a ‘good number of seats’

“Mr. Palaniswami is the authorised candidate of the AIADMK-led combine. Hence, the TMC backs him,” he told reporters.

The TMC is the first ally of the AIADMK to back Mr. Palaniswami. The others are yet to endorse his candidature. BJP leaders have been airing different views. The party’s State in-charge, C.T. Ravi, said a decision would be taken only by the NDA coordination committee. The PMK has not declared its stand; the party has authorised its founder S. Ramadoss to decide on electoral alliances. The DMDK has indicated that it will take a decision this month.

Mr. Vasan was in Tirunelveli to participate at a meeting of the party’s southern region office-bearers to discuss election strategies. He hoped that his party would get a “good number of seats”, commensurate with its strength. The party would field “meritorious candidates” and strive to ensure the victory of the alliance in all constituencies.

He backed actor Rajinikanth’s decision not to enter politics, saying his health was more important. “Since he is a very good human being, Mr. Rajinikanth should support the AIADMK-led combine, composed of good parties,” he said.

The DMK’s opposition to the government’s Pongal gift of ₹2,500 to all rice ration cardholders had betrayed the party’s fear of defeat in the election, he said. “The DMK-led combine will suffer a crushing defeat,” he said.

The former Union Minister said the TMC would organise its youth wing conference, in two places, to energise the cadre for the election.