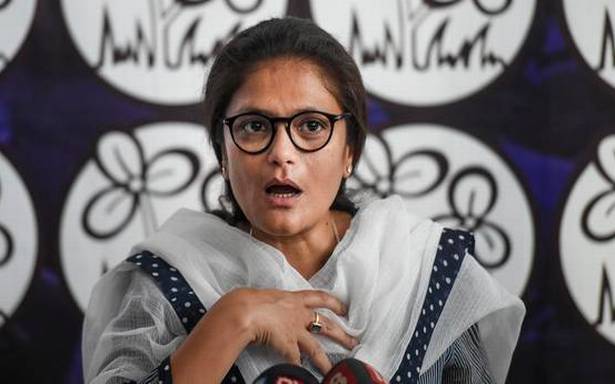 Bypoll to six Rajya Sabha seats, including the one in West Bengal, will be held on October 4.

The TMC on Tuesday named Sushmita Dev, who recently joined the party after quitting the Congress, as its candidate for bypoll to a Rajya Sabha seat.

The seat in the state fell vacant after Manas Bhunia quit the upper house having won assembly elections from Sabang in Paschim Medinipur.

Bypoll to six Rajya Sabha seats, including the one in West Bengal, will be held on October 4.

“We are extremely pleased to nominate @SushmitaDevAITC to the Upper House of the Parliament. @MamataOfficial’s vision to empower women and ensure their maximum participation in politics shall help our society to achieve much more!” the party tweeted.

Ms. Dev, who was one of the national spokespersons of the grand old party and its women’s wing chief, switched over to the Mamata Banerjee-led camp last month.

She has been assigned the job of looking after party’s functioning in Assam and Tripura.