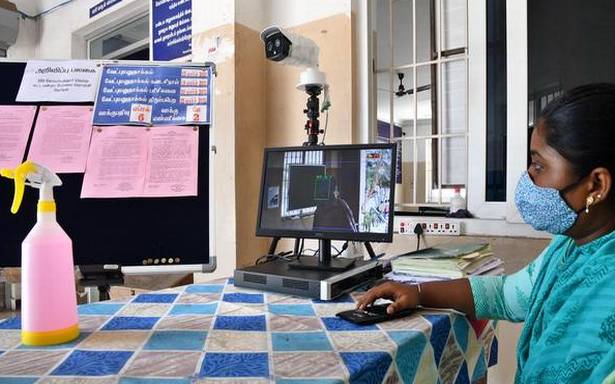 For, the constituency will see contest among a party president, the national president of a party’s women’s wing and in all probability the working president of the State unit of another party

With Makkal Needhi Maiam president Kamal Haasan announcing his candidature from the Coimbatore South constituency, the BJP is most likely to field its national women’s wing president Vanathi Srinivasan and the Tamil Nadu Congress Committee its working president Mayura S. Jayakumar, the profile of the constituency has been raised as never before.

While talk of the candidature of Ms. Srinivasan and Mr. Jayakumar from the Coimbatore South constituency had been doing the rounds for quite sometime, Mr. Haasan’s announcement caught everyone off guard.

Incidentally, Ms. Srinivasan and Mr. Jayakumar had contested in the Coimbatore South constituency in the last Assembly election and stood third and second securing 33,113 and 42,369 votes respectively.

Political observers said the reason for MNM fielding Mr. Haasan and its vice president R. Mahendran in Coimbatore South and Singanallur constituencies was that the party had done well in the two Assembly segments that formed part of the Coimbatore Parliamentary constituency in the 2019 Parliamentary election.

Though the party had polled the highest in Kavundampalayam (33,594 votes) Assembly segment, the MNM still chose Coimbatore South and Singanallur because they were more urbanised vis-à-vis Kavundampalayam. In Coimbatore South, Mr. Mahendran, who was the party’s candidate in the 2019 Parliament election, polled 23,838 votes and in Singanallur 28,634.

The observers said with all eyes on Coimbatore South, it would be an interesting election and a closely fought one as well, what with the Amma Makkal Munnetra Kazhagam fielding former MLA R. Doraisamy alias Challenger Dorai, who won the seat in 2011.