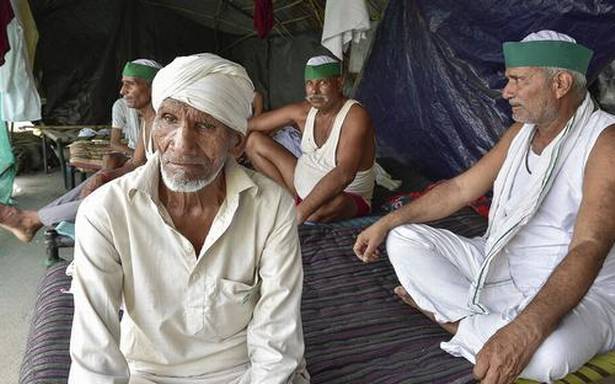 The Congress demanded resignation of Union Agriculture Minister Narendra Singh Tomar for his comments that the government is ready to discuss any options other than the repeal of the three farm laws.

Speaking to the reporters, Mr. Tomar said, “These laws are for the benefit of the farmers, we have spoken to them and even today we are ready for talks. If they want to talk about any other options other than repeal of these laws, we are ready to deliberate and arrive at a solution.”

Congress spokesperson Supriya Shrinate at a virtual press conference said that if not the repeal of the three farm laws, should the farmers discuss weather with the government. She said that this is an illogical and insensitive statement. She accused the Narendra Modi government of being obdurate and arrogant. “A person who is insensitive and oblivious to the plight of the farmers, has no business being the Union Agriculture Minister,” she said.

Ms. Shrinate said that the farmers are sitting in the searing heat of Delhi continuing with their protest even though 600 persons have lost their lives in this agitation. It has been more than six months that the farmers have been protesting in the Capital. The farmers, she said, are not sitting on protest on a whim, they are forced to protest because of the anti-farmer laws. “The Narendra Modi government is not willing to give up their love for the industrialists and want to hand them over ₹25 lakh crore worth agri industry,” she said.

She reminded the BJP that Prime Minister Narendra Modi had claimed that he is just a phone call away and now his Minister is saying that they are not ready to talk about repeal of the laws.