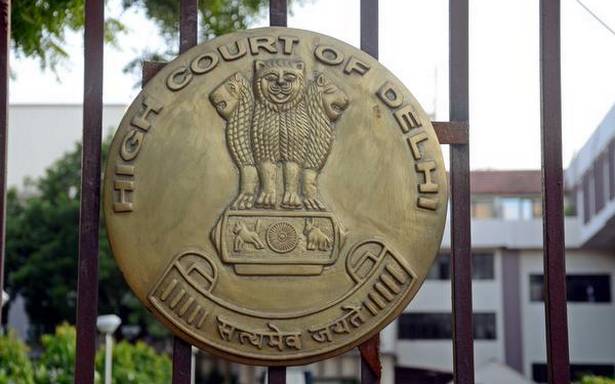 Climate change activist Disha Ravi, who was arrested in connection with the ‘toolkit’ case, has moved the Delhi High Court seeking to restrain Delhi police from leaking any investigation material relating to her case to the media.

The 22-year-old has also pleaded for action against news media from publishing contents or extracts of her private WhatsApp chats claiming it to be "violative of fair trial rights and right to privacy".

Ms. Ravi, a permanent resident of Bangalore, was arrested in connection with an FIR registered on February 4. The plea claimed that she was flown overnight to New Delhi without obtaining transit remand in flagrant violation of her constitutional rights.

The petition stated that Ms. Ravi "is severely aggrieved and prejudiced by the media trial surrounding her arrest and the ongoing investigation, where she is being viscerally attacked by the Respondent No. 1 [Special Cell, Delhi Police] and several media houses…on the basis of leaked investigative matter".

Ms. Ravi claimed that her mobile phone and laptop was seized by Special Cell, Delhi police at around 11 a.m. on February 13, 2021 and has not been accessed by her since then. "Thus, only Respondent No. 1 [Special Cell] had access to the contents of the Petitioner’s private conversations and any leaks of the same necessarily constitutes the commission of a cognisable offence," the plea stated.

"The further publication and dissemination of the Petitioner’s private alleged WhatsApp chats by media houses, including Respondent Nos. 4-6 [media houses], is a clear violation of the provisions of the Cable Sections the Cable Televisions Networks (Regulation) Act, 1995 (CTN Act), the Programme Code and the Uplinking and Downlinking Guidelines," the plea added.

The petition has also claimed that the Delhi Police on February 14 tweeted from its official Twitter handle that, "Disha Ravi, arrested by CyPAD Delhi Police, is an Editor of the Toolkit Google Doc & key conspirator in document’s formulation & dissemination…"

This, she said was in "direct violation of the Ministry of Home Affairs Office Memorandum dated 01.04.2010 Advisory on Media Policy of Police, because they outright prejudge the guilt of the Petitioner and disclose confidential and prejudicial information about the status of investigation".

Ms. Ravi was sent to five days police custody by a Delhi court on Sunday after the police sought her remand to probe an alleged larger conspiracy against the Government of India and to ascertain her alleged role relating to the Khalistan movement.