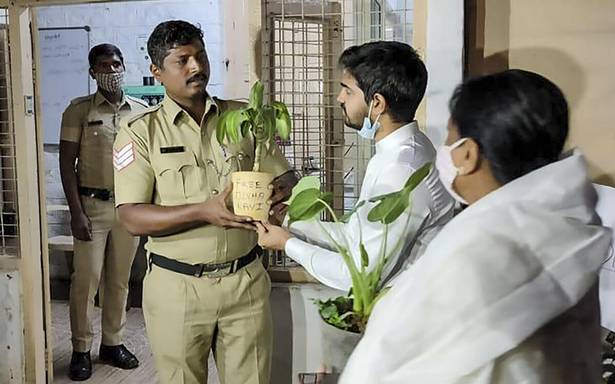 Non-bailable warrants have been issued against advocate Nikita Jacoband one Shantanu who have allegedly been found involved, sources said

Non-bailable warrants have been issued against two persons allegedly found to be involved in the ‘toolkit’ case, Delhi Police said on February 15.

Warrants have been issued against Nikita Jacob, an advocate, and one Shantanu who have allegedly been found involved, sources said.

Police sources alleged that Poetic Justice Foundation founder Mo Dhaliwal contacted Ms. Jacob through a colleague identified as Puneet with a motive to create a Twitter storm before Republic Day. A Zoom call was also allegedly conducted between the said persons.

Sources said that a Special Cell team had visited Ms. Jacob’s residence but could not question her at that time and informed that they’ll visit her the next day. However, she was later not found, the sources added.