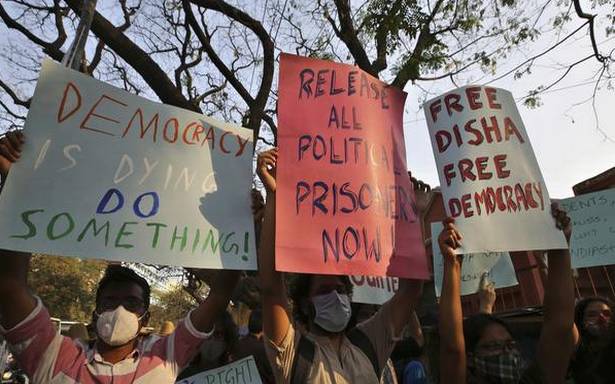 Charges in the case show a “non-application of mind”, says Justice Deepak Gupta

Publicly available content of the ‘toolkit’, which led to the arrest of 22-year-old climate activist Disha Ravi, does not disclose sedition, former Supreme Court judge Justice Deepak Gupta told The Hindu in a phone interaction on Tuesday.

“The first toolkit that I read which is in public domain… I don’t know whether the police have something else, but what is in the public domain does not disclose anything to indicate there is any incitement to violence. I heard some police official say in an interview that on January 26 they said ‘you march to Delhi’, but he forgets they also said ‘we will come back with the farmers’. At best, it could be an offence of violating Section 144 which may have been in force in Delhi,” Justice Gupta said.

The former judge said “moving to the Capital of the country to press forth your demands is not an act of sedition”.

Justice Gupta said charges in the toolkit case show a “non-application of mind”.

“They have also put Section 153 and 153A (IPC), which is disaffection against society and religion. I don’t know where they get these from… In my view there is no case of sedition made out,” Justice Gupta said.

Ms. Ravi was remanded to custody on multiple charges like sedition, criminal conspiracy and promoting enmity between groups in connection with a toolkit on the farmers’ protest.

Noting there has been an “exponential increase in arrests in the past few years”, Justice Gupta said this may “create a sense of fear”.

“Youngsters and activists, they may be right or they may be wrong. I may not agree with what they say, but they have a right to say it. By arresting, you are sending a message that don’t become an activist or don’t take part in this or your future could be in jeopardy. If you do that and succeed, then we will no longer be a democracy. We will not be the India which our founding fathers wanted it to be. Every voice should be heard,” Justice Gupta said.

He explained that a show of disaffection would not amount to sedition. Disaffection has to be accompanied with incitement of violence or public disorder to constitute the offence.

Justice Gupta cited the Balwant Singh case in which the apex court had set aside the conviction of two men accused of raising some slogans like “Khalistan zindabad”.

“The Supreme Court said this by itself does not constitute sedition. How does Disha Ravi’s case compare with those cases? I hope the police read these judgments and know what is the law of sedition.”

He said the discouragement of dissent or discussion is spread across the political spectrum. While “dissent is the essence of democracy”, people who voice contrary views and their supporters are termed “anti-nationals”.

“If there is no dissent there is no democracy. Democracy itself means there are two views… Just because a citizen does not agree with the government does not mean that the person is not patriotic. We all love our country. We are all patriots… To have different points of view is democracy,” Justice Gupta noted.

He said the discomfort with contrarian views is spread across the political spectrum.

“It seems the powers-that-be do not encourage discussion or dissent in any manner whatsoever. And it goes across the political spectrum. Whether it is a government in Chhattisgarh, which is a different party, or West Bengal where somebody made a cartoon of the CM or a joke… The number of cases has increased exponentially in the last few years…” he said. 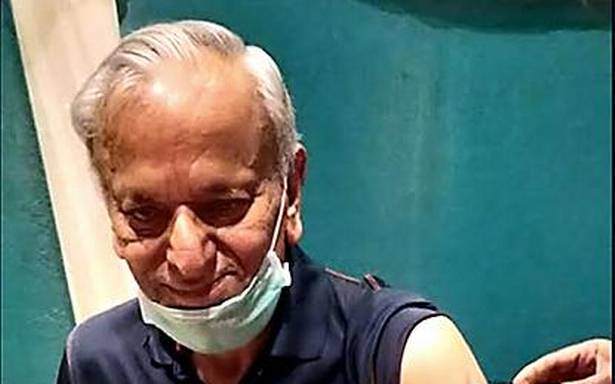