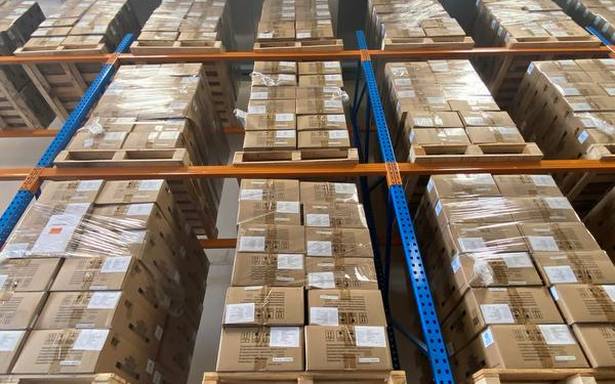 Modi speaks to CMs of four States on COVID situation

Modi has been speaking to State Chief Ministers and Lieutenant Governors of Union Territories to asses the pandemic situation there and offer suggestions.

CM Adityanath directs health and medical education departments to coordinate with such hospitals and take action to ‘balance’ the consumption.

Tamil Nadu CM Stalin also advised the authorities to increase awareness of the benefits of COVID-19 vaccination and take steps to fully utilise the vaccines available across the State.

Vaccine only for those with scheduled appointment, no walk-ins allowed.

This is the Trinamool’s third letter on the issue, the party said, adding that the first one was written in July 2020 and the second in August 2020.

Police now have in their custody three of the four suspects in the May 6 blast targeting the former President who is recovering in a hospital after multiple surgeries.

NASA slammed China for failing to meet “responsible standards” regarding its space debris, hours after remnants of the country’s largest and an out of control rocket disintegrated over the Indian Ocean near the Maldives.

Dogecoin tumbles after Elon Musk calls it ‘a hustle’

Cryptocurrency enthusiasts had for days been eager to see what he would say, after his tweets this year turned the once-obscure digital currency into a speculator’s dream.

It has been ranked 53rd in the list of Global Powers of Retailing, improvement from 56th earlier, according to a Deloitte report.

The 2021 edition of the lucrative T20 league remains suspended

after four players tested positive for COVID-19 in the bio-bubble.