Under the scheme, 10575 saplings and seedlings of fruit bearing trees like guava, mango and jamun will be planted in the Kakoijana Reserve Forest Area covering more than 4 hectare of area. 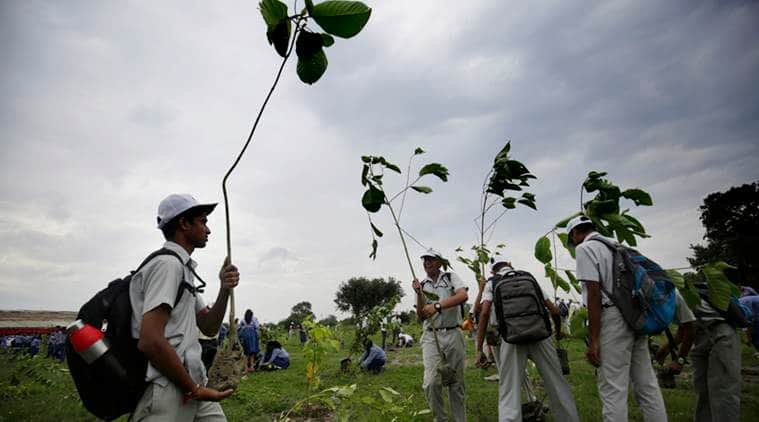 A district in Assam has kicked-started a first of its kind initiative of using the MGNREGA for work towards protecting a most endangered species of primates, golden langurs, which is found only in parts of western Assam and adjoining forests of Bhutan.

The program was launched on the occasion of World Environment Day in Bongaigaon by the District Administration, the Assam Forest Department in association with the Panchayat and Rural Development Department with a sanctioned amount of Rs 27,24,203 /- under Mahatma Gandhi National Rural Employment Gurantee Act (MGNREGA).

DC Bongaigaon Adil Khan said, “The Bongaigaon district administration, with the active support and cooperation of local tribal population and gram panchayat, is striving to protect and preserve the highly endangered species of golden langurs, which has survived only in this part of the world.”

Under the scheme, 10575 saplings and seedlings of fruit bearing trees like guava, mango and jamun will be planted in the Kakoijana Reserve Forest Area covering more than 4 hectare of area, district officials said. And it is expected that the the new plants will improve the habitat of the endangered specie and provide more food for them.

The Kakoijana Reserve Forest — around 15km away from Bongaigaon town — is one of the few homes of the golden langur. Officials say the denudation of the forest over the years has shrunk the golden langur’s habitat and exposed the primates to poaching and other threats.

Khan explained that golden langurs are often killed by dogs and run over by vehicles when they stray into human habitation in search of food. “The fruit bearing trees will ensure sufficient food and safety for endangered golden langur, so that they don’t have to go far in search of food,” he said and added that in an effort to reduce road accidents and deaths of golden langurs ‘Caution Notices’ have been erected at three spots near the Reserve forest.