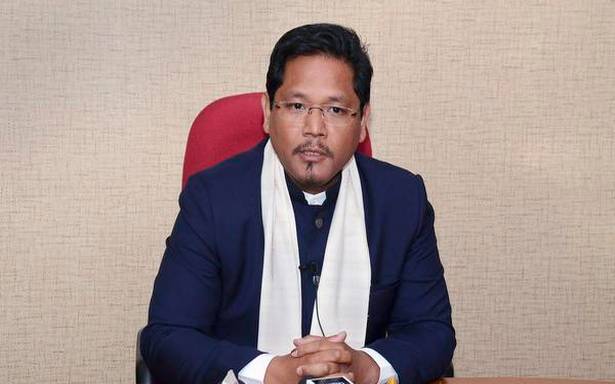 The challenge from Trinamool Congress (TMC) has taken the Congress closer to the Bharatiya Janata Party through the National People’s Party (NPP) in Meghalaya.

The Congress Legislature Party on December 17 declared its “full support” to the NPP-led Meghalaya Democratic Alliance government in the north-eastern State. The BJP is a minor constituent of this alliance headed by Chief Minister Conrad K. Sangma.

“We have offered the Chief Minister our dedicated support on several aspects of governance in the greater interest of the people of Meghalaya. These aspects need our joint attention,” senior Congress MLA Ampareen Lyngdoh said.

She is one of five MLAs of the Congress that had 17 legislators in the 60-member House until former Chief Minister Mukul M. Sangma and 11 others switched over to the Trinamool Congress recently.

All Congress members of the Garo Hills Autonomous District Council followed these 12 MLAs in crossing over to the TMC. Several senior leaders of the party, its youth wing and the National Students’ Union of India defected to the TMC too.

Ms. Lyngdoh highlighted a few issues the Congress was keen on partnering with the NPP-led alliance for. These include the impact of COVID-19 on the State, resolving the issue of non-payment of salaries to teachers and other staff, and the implementation of the Inner Line Permit (ILP).

The permit, governed by the Bengal Eastern Frontier Regulation of 1873, is a temporary travel document an Indian has to possess to enter any restricted part of the northeast. ILP is currently required in Arunachal Pradesh, Manipur, Mizoram and Nagaland.

This is not the first time that Congress and the BJP have come together, directly or indirectly, in the northeast.

In 2015, all the eight Congress MLAs in Nagaland had supported the Naga People’s Front-led alliance government in the State. Suspended by the All India Congress Committee, these MLAs later merged with the NPF.

In 2018, Congress and the BJP forged an alliance to rule the Chakma Autonomous District Council in Mizoram. Their alliance was short-lived.