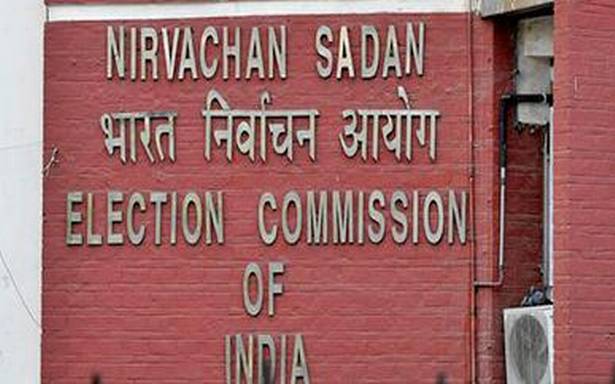 The term of office of the urban local bodies had ended on December 18, 2020 but the election to them could not be conducted due to the Covid pandemic

Tripura State Election Commission(SEC) on Friday announced the election to 20 urban local bodies, including Agartala Municipal Corporation in all the eight districts in the state on November 25.

The term of office of the urban local bodies had ended on December 18, 2020 but the election to them could not be conducted due to the Covid pandemic.

The SEC has now decided to conduct the polls to civic bodies following improvement in the situation, an official release said.

This will be the first civic election that the ruling BJP will face since it came to power in Tripura 2018. TMC, which is seeking to expand in Tripura, has said that it will contest the upcoming poll in the north eastern state.

Dev, who is overseeing the party activities in the State, said a final strategy will be formulated once the elections are declared in all the civic bodies.

A total 5,94,772 voters are eligible to cast their votes in the civic poll and the number of women voters outnumber the male voters in the urban areas.

Announcing the civic poll date, State Election Commissioner M.L. Dey said that the notification of the election will be issued on October 27 and the filing of nomination will begin on that ay as per rule.

The submission of nomination papers will continue till November 3 and the date of scrutiny has been fixed on November 5. The last date of withdrawal of nomination is November 8, he said.

Mr. Dey said the model code of conduct has come into force in 18 out of the 23 sub-divisions of the State with immediate effect after the announcement of the civic body polls. Polling will be held between 7 am to 4 pm in 770 polling stations and the counting will begin at 8 am on November 28. The entire process of elections is slated to end on December 4, he told reporters.

"With the announcement of the poll the model code of conduct has come into force. I hope all the political parties will comply with the rules," the SEC said.

Mr. Dey said security arrangements will be made for smooth and peaceful conduct of the civic polls in the State.

In order to make the poll process transparent the whole exercise, except voting will be videographed. Decision on webcasting is yet to be taken and will depend on the arrangements, he said.

There are 20 municipalities including Agartala Municipal Corporation in the State which have total 334 seats, out of which eight are reserved for scheduled tribes, 85 for scheduled castes and 157 for women, the release said.