Given the load of vaccines and vaccine boosters that India will need to administer, government must consider converting its under-utilised and unused spaces into permanent Covid vaccination centres for the next two years 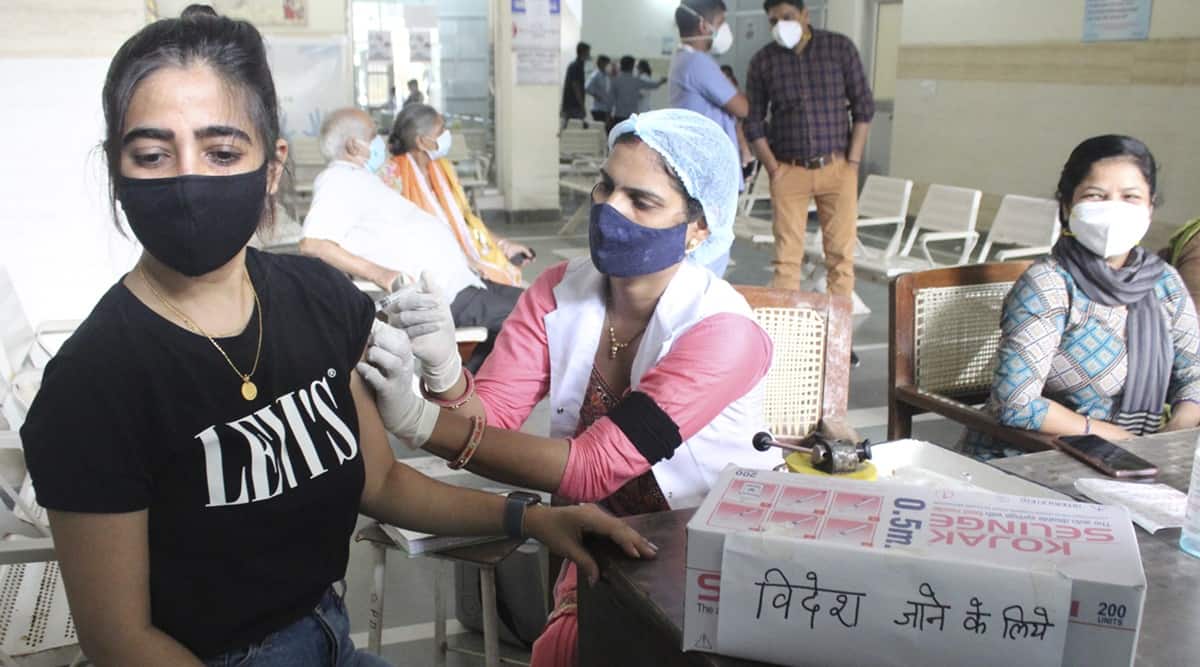 India’s vaccination drive began on January 16, 2021, with the aim to vaccinate 300 million people by August 2021. For this, the government needed to administer 3 million vaccinations per day. There was a consistent rise in vaccine administration until March 19 at an average growth rate of 39 per cent each week. From April 10, vaccine distribution suffered a consistent and significant decline, so much so that the decline in overall vaccine administration in the third week of May was minus 46 per cent compared to vaccines administered in the third week of April. As a result, by the end of May, merely 199 million doses were administered at an average of 1.5 million doses a day.

To boost vaccinations, it was announced that starting June 21, vaccines will either be free or administered at a nominal cost by private hospitals. As a consequence, 8.2 million people were vaccinated on 21 June alone, almost double the earlier daily highest mark of 4.3 million recorded in early April. So far 307 million doses have been administered in the country, vaccinating 3.9 per cent of India’s population with the second dose.

Our daily burden of vaccinations is of massive proportions. Out of a population of 1.38 billion, 59 per cent are above the age of 18. As per our analysis, if we account for the 27 million pregnancies and 10 million who for various reasons are advised not to be vaccinated, 777 million people are eligible to be vaccinated. At two doses per person, 1,554 million doses are required, of which 307 million doses have been administered so far leaving a shortfall of 1247 million doses. Further, the 777 million population eligible to be vaccinated are expected to require a booster dose every 9 to 12 months, and this number will increase as the vaccine becomes available for those aged between 2 to 18 years of age. Thus, going ahead we expect that over 1 billion doses per year will have to be administered. Indeed the country will succeed in doing so only if vaccine supply is ramped up and is administered via a considerably more efficient system.

The current vaccination distribution relies on either a digital portal for booking vaccination slots for a significant population of the country or walk-ins. The government has recently agreed that a mobile application based distribution system will not work for India where 66 per cent of the country’s population does not have a smartphone and 578 million people in India or less than 50 per cent of the country’s population have a subscription to wireless data services. The lack of digital literacy in certain pockets of urban and rural India has been a colossal stumbling block for equitable distribution of vaccines using a mobile application in India. However, walk-ins without prior registration at Covid vaccination centres (CVC) is equally disastrous as over-crowding is certain. Moreover, CoWin is the only application used by the staff to register a user at the CVC and upload data. For those using CoWin, the frequent errors in providing booking slots to users have also already led to frequent overcrowding at CVCs in cities and rural areas where people constantly visit in hope of a vaccine slot opening up. Instead, a simple SMS and voice-based system adapted to regional diversity through a single-end service provider for all eligible people to book their slot to get vaccinated would be a more equitable solution and far better suited for India’s large and diverse population.

In the current vaccine distribution system, the only way to avoid vaccine administration not becoming super spreader events is to have large numbers of vaccination centres across the country. By giving people more choice it is possible to spread the crowds. The Government of India has a considerable inventory of public buildings such as community halls, marriage halls, anganwadis that are currently unused and can be easily repurposed at no additional capital cost to be utilised as vaccination centres for the public. Within these government-owned under-utilised or unused buildings, of the usable floor plate of anywhere between 10,000 – 1,00,000 sq ft, safe process on-site for document verification and multiple booths using temporary partition walls can be set up. Health centres and hospitals are already overburdened with treating Covid patients and are short of staff. Healthy people coming in to get vaccinated must not be brought in the vicinity of hospitals overburdened by Covid positive patients arriving and being treated. Private malls, buildings, stadiums, schools must not be used either as this increases expenses and wastage as they will need to be closed down when cases ebb to resume commercial activity, and then again reopened when cases surge. We have seen similar expenses and resource wastage when private hotels in cities in India were transformed to serve as temporary Covid hospitals.

Instead, given the load of vaccines and vaccine boosters every year that India needs to administer, which, as per our analysis, currently stands at 6.3 million doses a day till the end of this year, the government needs to consider converting the large number of government-owned under-utilised and unused spaces into such permanent Covid vaccination centres for the next two years at stretch.