The Central Crime Branch (CCB) of the Coimbatore City Police arrested two persons on the charges of cheating a chairman of a private hospital.

The accused A. Paneerselvam of Alangudi in Pudukottai district and his aide Selvakumar of Tiruchi were arrested from Chennai on Wednesday.

According to CCB officials, the duo had collected money by promising to arrange loans to the tune of ₹ 100 crore.

The release said that CCB had registered a case against Paneerselvam, Selvakumar, their friend Kennedy and Balasubramaniam of Avinashi based on a complaint lodged by the chairman of a private hospital in the city in June this year.

The complainant was looking for loans for the expansion of the hospital and Paneerselvam, whom he got introduced through Balasubramanian, promised to arrange the loan for a commission of ₹ 2.85 crore, the police said.

The police also seized two sports utility vehicles and various documents from them. 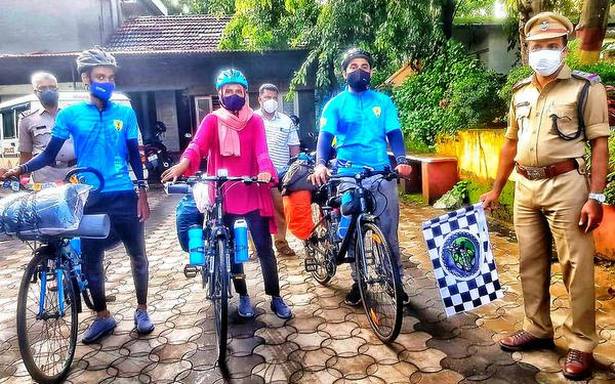