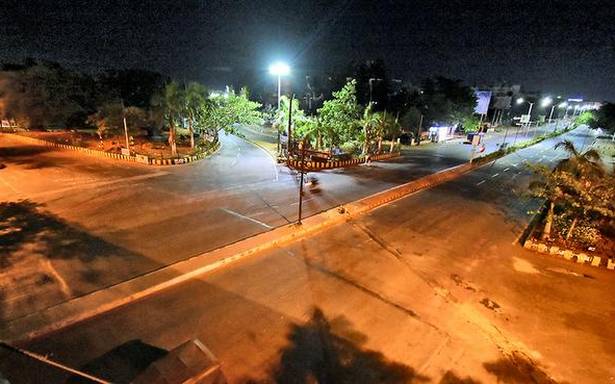 A day after the Odisha government announced a 14-day mandatory quarantine for all those entering the State from West Bengal, tensions ran high at various entry points, with people trying to sneak-in through the porous border.

Odisha’s two districts — Baleswar (Balasore) and Mayurbhanj — border West Bengal. While the Baleswar administration has identified 44 roads through which visitors from West Bengal could enter Odisha, Mayurbhanj had 34 such entry points.

At the Udayapur border check post, tension prevailed for an hour with people demanding immediate entry into Odisha. They alleged that as the “Odisha government had started a blockade at border in the morning after declaring 14-days of mandatory quarantine just hours earlier in the night, people who wanted to return home could not cope with new system at short notice.”

Two grooms were stranded at the Jaleswar border post in Baleswar district, hit by the overnight order though marriages were scheduled well before the State government’s curbs.

On Thursday evening, Chief Secretary Suresh Chandra Mohapatra announced that anyone entering the State from West Bengal side would have to undergo quarantine for 14-days at a designated institution. The decision was taken in the wake of the steep rise in COVID-19 cases.

Visitors would be allowed home isolation if they produce negative report of RT-PCR test conducted within 48 hours or certificate of two dose vaccination. West Bengal returnees have been warned of penal action if they violate COVID-19 protocol. Many returnees were, however, reluctant to go for institutional quarantine.

“There are reports of people trying sneak through village roads and paddy fields. Farmers, panchayati raj institution members and villagers have been urged to keep a tab on newcomers in their village and inform administration,” said Mr. Chakravarthy.

“We have identified 34 different entry points. But, we are allowing people through two gates only. It is not possible to deploy manpower at every road and carry out registration. We will gradually increase entry points by expanding registration process,” said Sumit P. Parmar, Mayurbhanj Superintendent of Police.

Mr. Parmar said, “a dedicated phone number for COVID-19 has been set up. People have been requested to inform the administration about people taking their village route to enter Odisha from West Bengal.”