Globally, the number of cases will increase by 106.9 per cent, according to a study published in The Lancet Diabetes and Endocrinology journal.

According to the Lancet study, India is among the top 10 countries that accounted for 60 per cent of the global Type 1 diabetes cases in 2021. 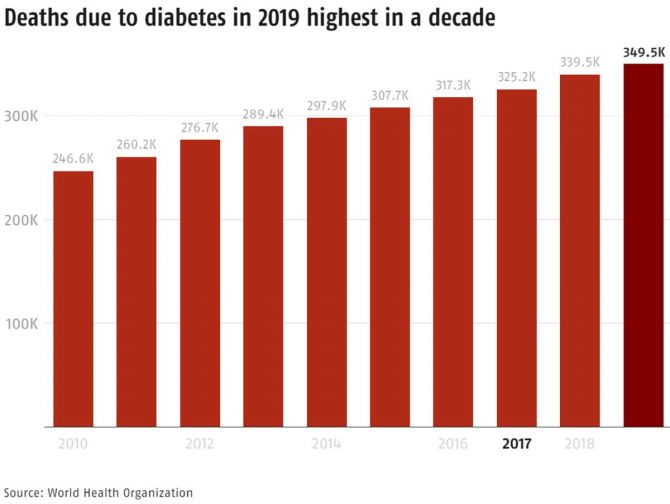 While the number of Type 1 diabetes cases has been increasing, diabetes does not make for the highest share in non-communicable diseases (NCDs) in India.

In 2019, NCDs accounted for 66 per cent of total deaths in India, with cardiovascular diseases accounting for the highest number of deaths at 2,566,492.

According to a report by the World Economic Forum and the Harvard School of Public Health, India would lose $3.55 trillion due to NCDs by 2030, with $0.15 trillion being lost due to diabetes.