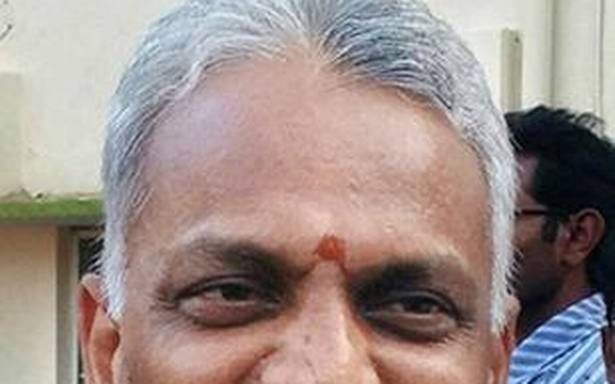 I have not seen any written papers on his resignation, says Narayanasamy

Health Minister Malladi Krishna Rao took to Twitter on Monday to announce his resignation from the post of MLA in the Puducherry Assembly.

The Minister announced the resignation through a post on his Twitter handle stating “Herewith I tender my resignation with immediate effect” and also attached an image of his letter addressed to Assembly Speaker V. P. Sivakolundhu.

The letter posted on Twitter read, “I hereby tender my resignation of my seat in the House with effect from 15-02-2021.”

When contacted, Chief Minister V. Narayanasamy said, “I have not seen any written papers on his resignation.”

The Speaker’s office said it had not received any communication about the Minister’s resignation, he said.

Sources in the Assembly Secretariat also confirmed that no communication, handed over by messenger or through fax, had been received on the resignation yet. Mr. Malladi Krishna Rao, who was recently felicitated on completing 25 years as legislator representing Yanam, had stated his intention to stay away from politics and not contest the upcoming Assembly election to “devote time for his family”.