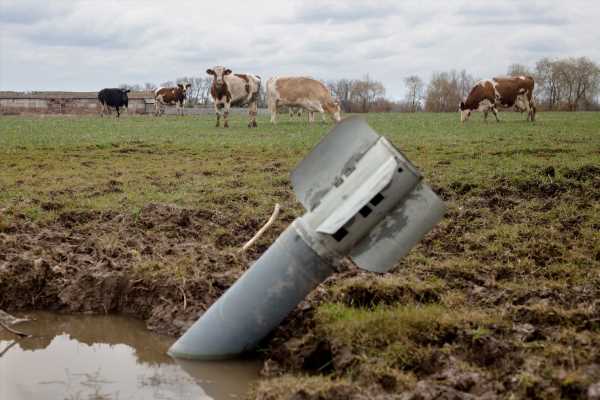 The Russian retreat from Ukrainian towns and cities has revealed scores of civilian deaths and the full extent of devastation since the beginning of the Russian invasion,.

Please click on the images for glimpses of the devastation in Lukashivka, Kyiv and Mariupol.
Caution: Graphic content. Viewer discretion is advised. 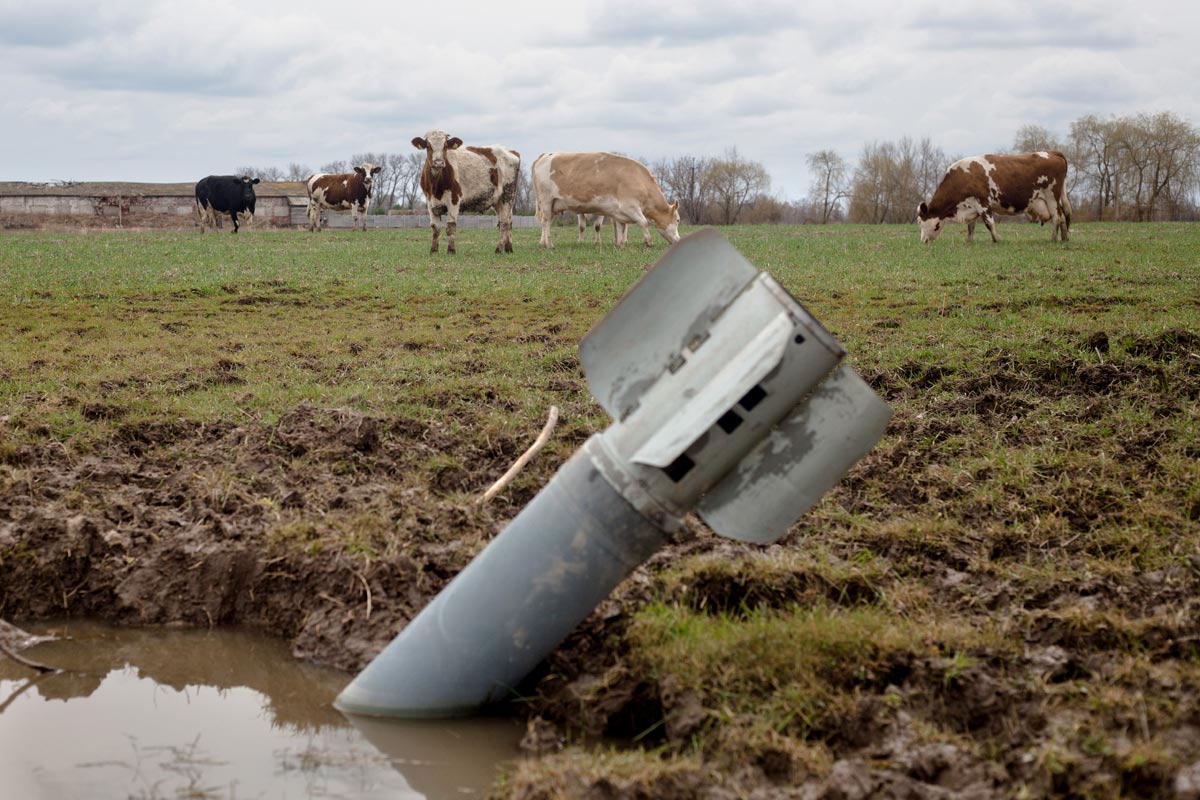 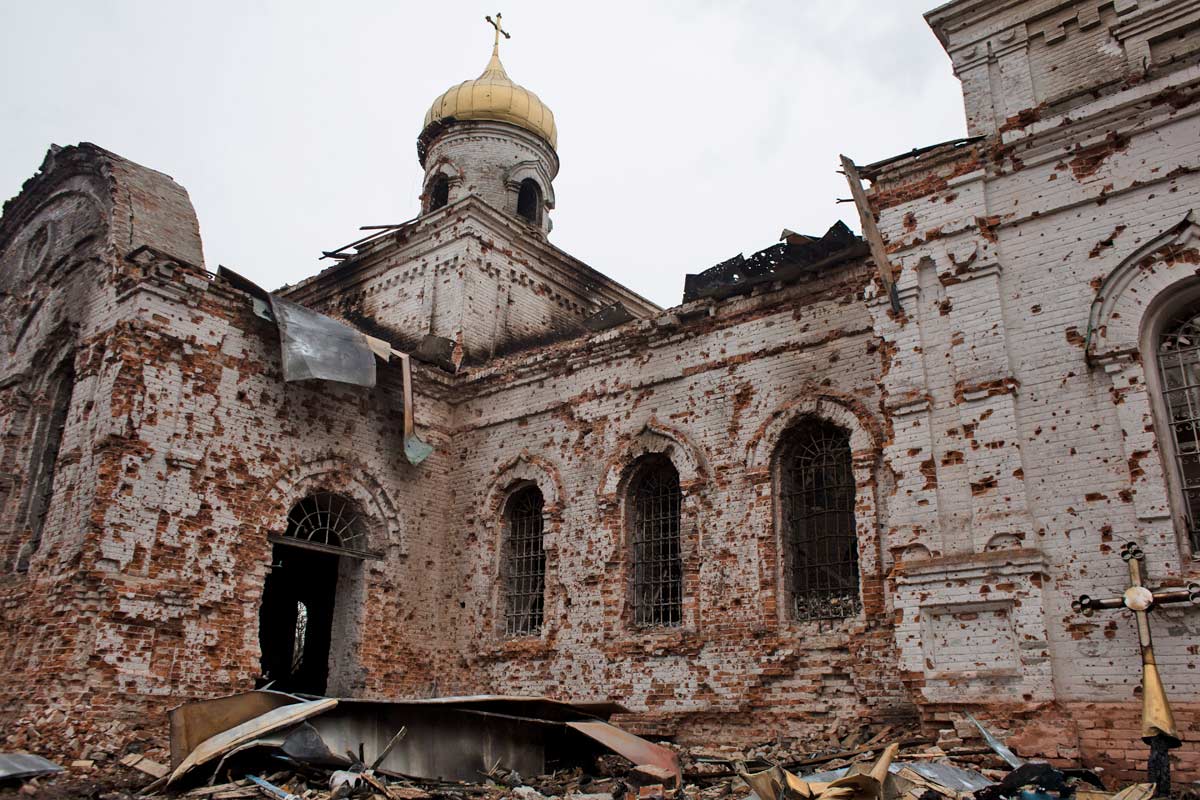 IMAGE: An exterior view of a destroyed church which served as a military redoubt for Russian soldiers in Lukashivka village.
Photograph: Anastasia Vlasova/Getty Images 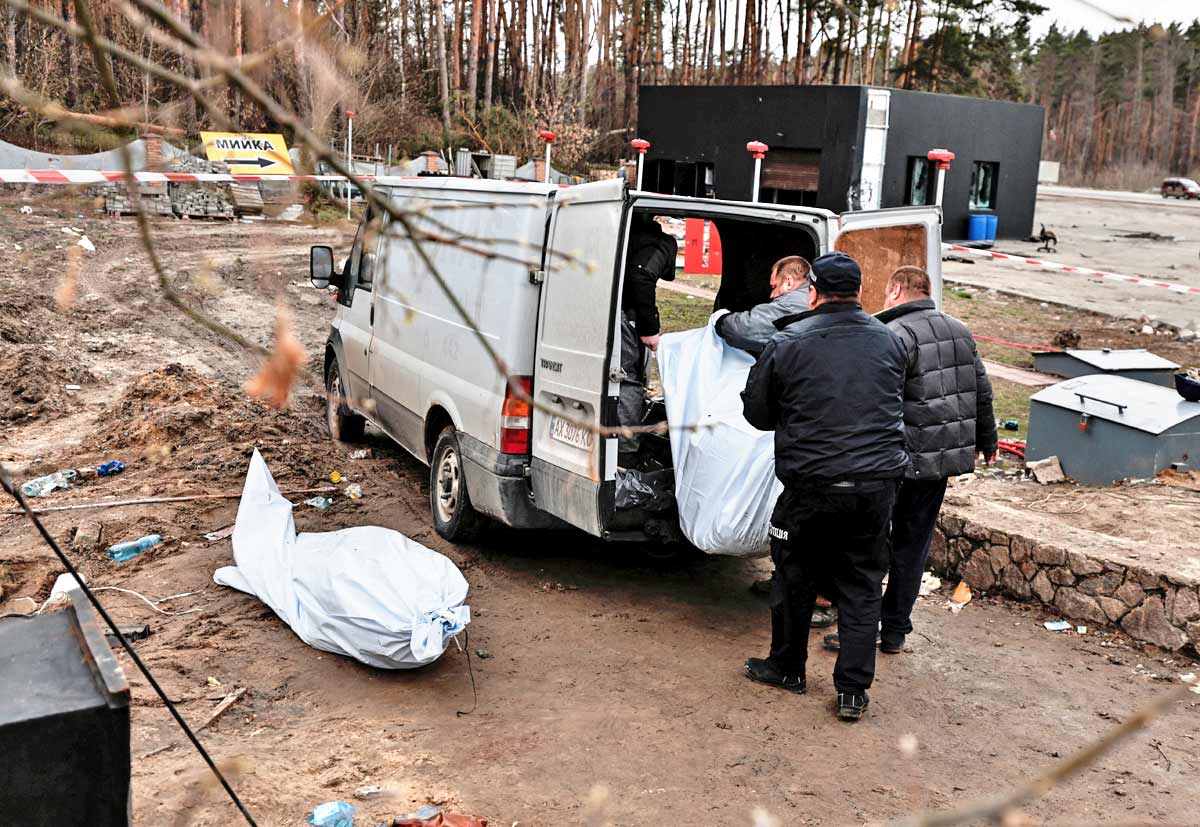 IMAGE: Police load bodies of civilians, who according to the head of the village were killed by Russian soldiers, into a van after they exhumed them from a well at the fuel station in Buzova, Kyiv region.
Photograph: Zohra Bensemra/Reuters 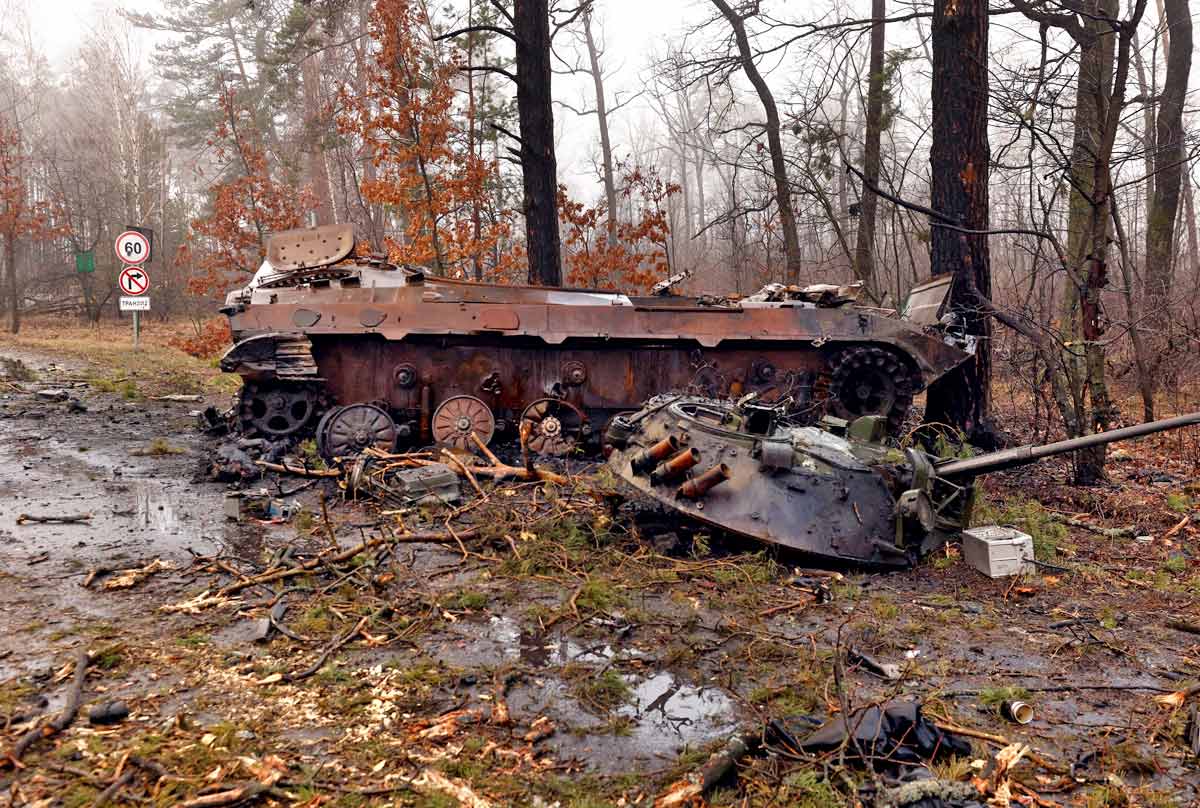 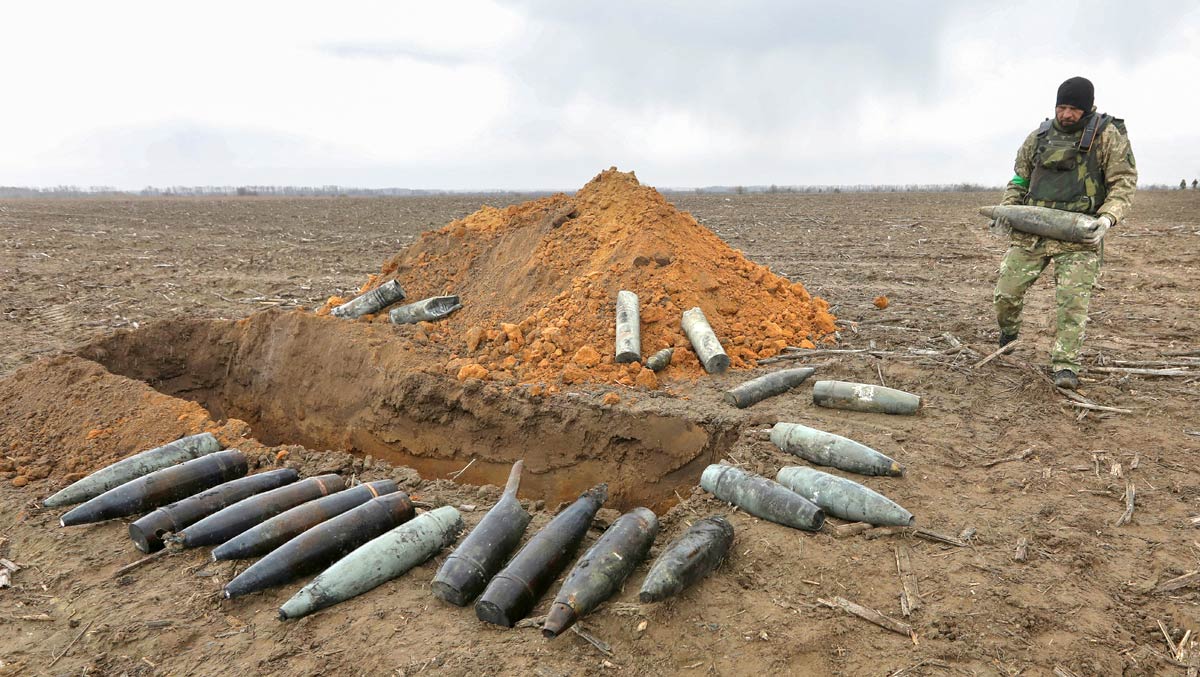 IMAGE: A military sapper carries an unexploded shell left near the village of Motyzhyn in the Kyiv region.
Photograph: Mykola Tymchenko/Reuters 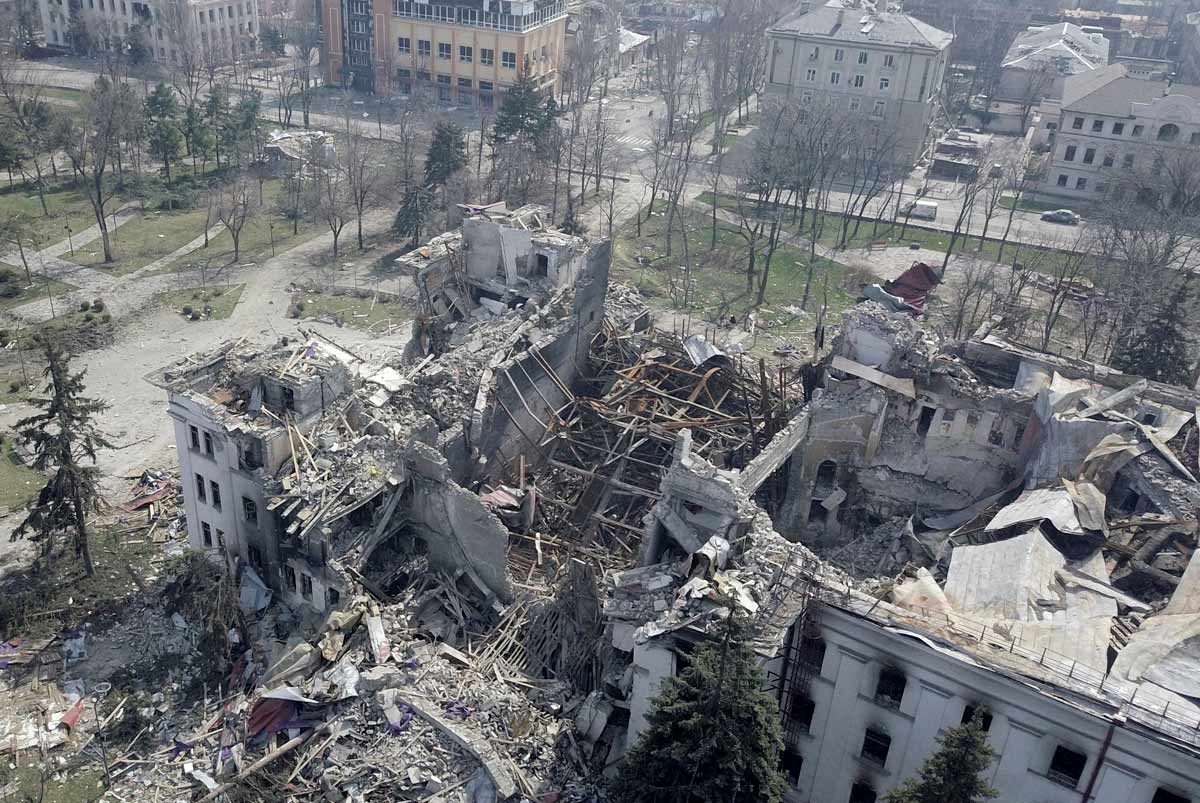 IMAGE: A view shot by a drone shows the building of the theatre destroyed in the southern port city of Mariupol.
Photograph: Pavel Klimov/Reuters 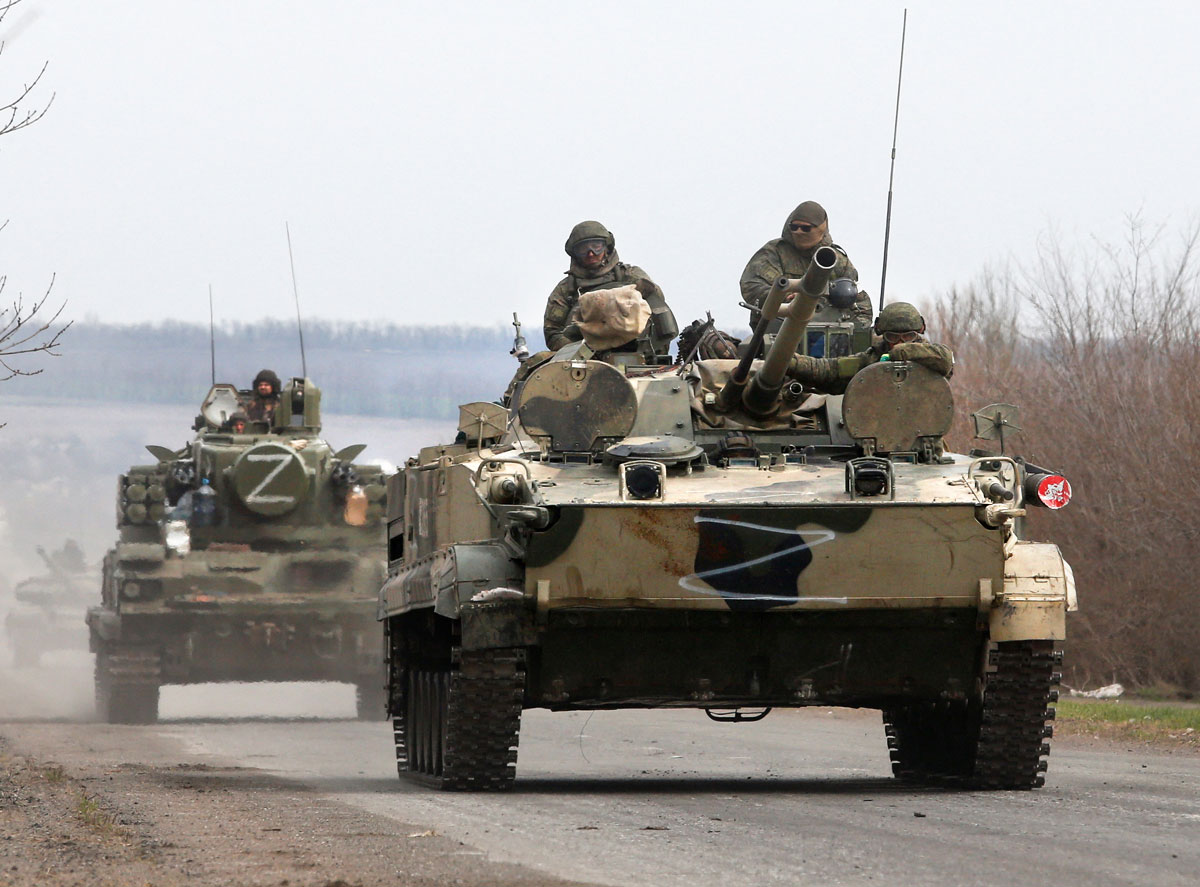