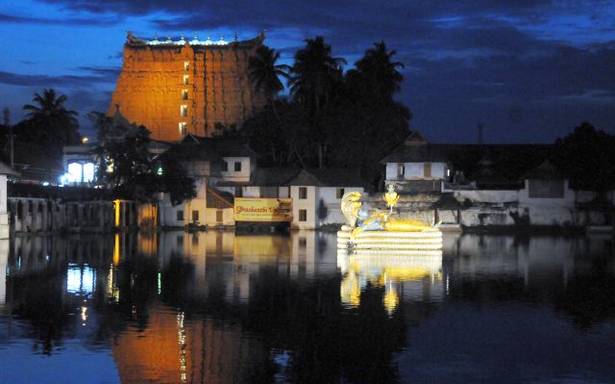 The administrators of Kerala’s Sree Padmanabha Swamy temple, one of the richest in India, informed the Supreme Court on Friday that the closure of the temple during the pandemic resulted in a “financial crunch”.

The dent left by the virus is such that the temple, for the time being, is unable to pay the State of Kerala the ₹11.7 crore owed in “upkeep” expenses.

“The money expended by the State should be returned to the State by the temple,” Justice Lalit addressed advocate Uttara Babbar, appearing for the temple’s administrative committee, at the beginning of the hearing.

Ms. Babbar said there was a “financial crunch… The temple was closed… They (administrative committee) have sought time”.

The court left it to the State and the administrative committee to discuss and resolve the issue.

The exchange came while the Bench was perusing a report filed by K. Babu, District Judge, Thiruvananthapuram, who said most of the directions issued by the Supreme Court in a judgment on July 13 last year on the management of temple have been complied with.

The court scheduled the case for the second week of September to “consider the progress with respect to the auditing of the accounts of the temple”.

In its July 2020 judgment, the court had ordered an audit to be conducted for the past 25 years. Advocate G. Prakash, for Kerala, said the audit was going on.

In its verdict last year, the apex court had also declared the former royals as the manager or shebait of the properties of the Sri Padmanabha, the chief deity of the famed temple in Thiruvananthapuram.

The court had also accepted the royals’ submission that the Padmanabha Swamy temple was a “public temple”. It had issued a slew of directions for its transparent administration in the future, including the formation of a temple administrative committee with the Thiruvananthapuram District Judge as the chairperson.

It had also ordered a second committee to be constituted to advise the administrative committee on policy matters. Both committees should start functioning within the next two months and an executive officer should be appointed without delay, the ruling had said.

The primary duties of the committees would be to preserve the treasures and properties. They would take a call on whether to open Kallara B, considered to be the richest among the temple vaults, for inventorisation. The committees would ensure that rituals and religious practices are conducted as per custom and on the advice of the Chief Thantri.

The court said the committees would ensure that income to the temple would be used to augment the facilities.