Back home, most of them had never imagined earning their own keep. In India, they are using exile as an opportunity. 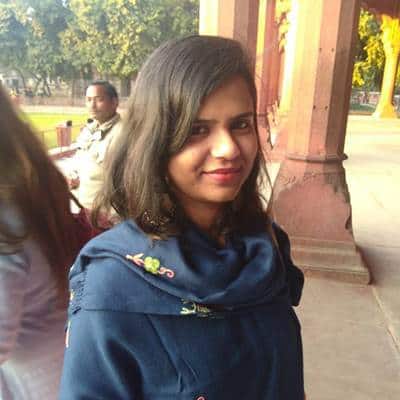 She identifies herself only as “a 30-year-old Afghan refugee who works in Lajpat Nagar”. She came to India five years ago, having just buried her elder brother, sister-in-law and uncle, in Kunduz. “I can’t tell you my name, my relatives won’t like me talking to the media. They are still angry with me for taking up a job. But that is the only part of my identity I am proud of — a woman who works. Please describe me like that.”

This “woman who works” is part of a growing tribe of Afghani refugees in India scripting a new life for themselves. Back in Afghanistan, women who earn are frowned upon. Now, in a new land to escape their country’s conflict, they are also fighting to leave behind its constraints.

“To be a refugee is to essentially lose control of your life. No one chooses to be a refugee,” says the 30-year-old. “In a new country, you feel adrift, uncertain. In such a scenario, nothing gives you a sense of control more than being able to earn money.”

She is no stranger to uncertainty. “I lost three members of my family on the same day. My parents are old, my uncle and my brother were the breadwinners. They had taken my sister-in-law to the doctor. On the way back, all three were shot. We never found out by whom.”

This was in November 2015, two months after a Doctor Without Borders (MSF) hospital in Kunduz was bombed by US forces, killing 42.

“It was an uncertain time even by Afghanistan’s standards. My shaken, broken family realised we couldn’t survive in Kunduz. We decided to split. My aunt, with her children and my brother’s, went to a relative in Dubai. My parents and I came to Delhi, to another relative.”

She was married at 21, but lost her husband to illness.

“So many of my life decisions were not taken by me. Once I landed in India, I decided I was going to take command of my own existence. I was determined to find a job.”

She hasn’t studied beyond school, and couldn’t speak English or Hindi. But the bigger difficulty was convincing her family. “My parents were aghast. My dad used to cry, thinking he had failed in his duties as a father. My relatives were angry. They thought they would get a bad name in the local Afghan community, that people would think they weren’t providing for us well. But I was adamant.”

She taught herself Hindi by watching soap operas and talking to neighbours. “I love Hindi serials,” she laughs. “There is so much happening! Sometimes, the daughter-in-law’s troubles would make me forget my own.”

Once she had a grasp on the language, she started going to shops in Lajpat Nagar run by Afghans, asking people to hire her. “During the day, I would beg for jobs. At night, I would convince my family.” Finally, in 2018, she was hired as a shop assistant. Her plan now is to save enough to move to Canada. “Now, during the day, I work at the shop. At night, I learn English, and still convince my family, this time about the Canada plan.”

She is determined not to land in another country penniless and panicky. “Insha Allah, when I move to Canada, I will have money, a place to stay, and a plan — all made on my own.” 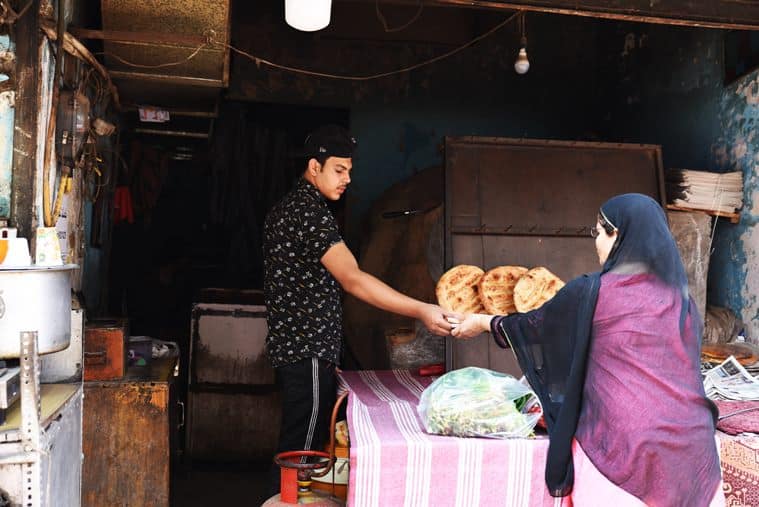 Not far from her workplace in Lajpat Nagar is an Afghan restaurant, smaller than the more popular ones dotting this stretch. Here works Mzhgan Ahmadi, 22.

“We are from a village near Herat. I moved here with my family seven months ago. In Afghanistan, I never even thought of taking up a job. My family too wouldn’t have heard of it,” says Ahmadi.

Her Hindi isn’t very good, so her 15-year-old brother has to translate several times. “We came to India because of the disturbances back home. But now that I am here, I thought I should take advantage of the opportunities this new place offers. Three days a week, I come to the restaurant. I take orders and help manage the reception desk.”

She is scared of what the future holds. “There is nothing permanent about our existence. My father has a temporary job. My brother is intelligent, he should be studying, not waiting tables. I want to contribute towards making our lives stable. I used to be terrified of being out in public, working, interacting with strangers. But I have to rise above my fears, for the sake of my family,” says Ahmadi.

Much like Ahmadi, Zahra Jafari too hopes her job will secure a better future for her younger brother. Jafari works at Kabul Star Travels, a travel firm in Bhogal. “My extended family owns this business. During the day, I work here. In the evening, I go for English lessons.”

Jafari is 24. She came to India eight years ago. “My family briefly lived in Iran. Then went back to Afghanistan. Finally, we decided to come to India. I liked India from the Bollywood movies I watched,” she says. Her family is supportive of her decision to work. “My mother worked too, as a tailor, from our home in Afghanistan. Now, her back is too painful to allow her to work. We can’t manage on my dad’s salary alone, so I pitch in. My brother is still in school.” 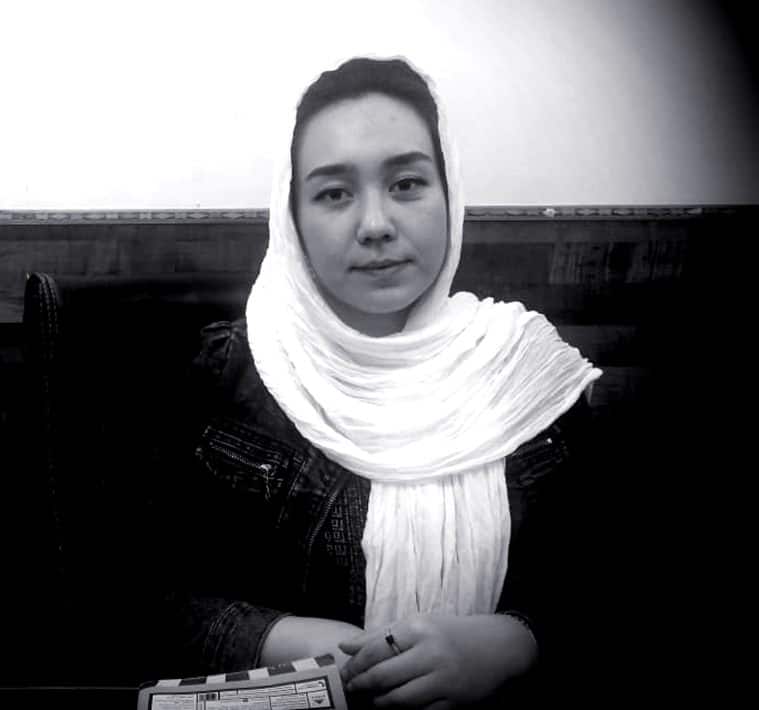 Did India match the idea she had formed from Bollywood?

“It is as colourful and bustling as I thought. Also, I see all these smart women move about, just like in the movies.”

“This doesn’t mean I am blind to the leering and harassment on the streets,” she adds quickly. “Of course, Delhi is not entirely safe for women. But you know the difference? In Afghanistan, women are still inside. I have heard stories of women being killed for taking up jobs far from home. In India, women have stepped out. The outside is still not safe for them, but at least they have made the transition from inside to outside.”

Another Afghan woman fighting to own the “outside” is Salma Gul, 33. Salma had to flee Kabul in 2013 because her work as a women’s rights activist rubbed too many people off the wrong way. “I would teach embroidery to women from rural areas. Because of the work I did, I was never exactly loved in Kabul. But all hell broke loose after I arranged a fashion show as a fundraising event for the women I taught.”

Gul was labelled an American agent, blamed for trying to “defame Islam” and “lead women astray”. “I was always questioned for my life choices, for the clothes I wore, for being an atheist. After BBC covered our fashion show, local media outlets went on a slander campaign. Things got ugly for not just me, but my family too. Finally, I realised the only solution was to leave.”

“When I landed in India, I didn’t know anyone. All I knew was I wanted to be independent.”

Gul eventually came in contact with Atiqa, a women’s group run by NGO The Ara Trust. Atiqa helps Afghan refugee women use their traditional embroidery skills to earn a living, by providing them training and sale platforms. “Here, I learnt how to adapt my work to Indian tastes. I learnt to embroider saris, something I had never done in Afghanistan. I was taught what colour combinations would be liked more by Indians.” 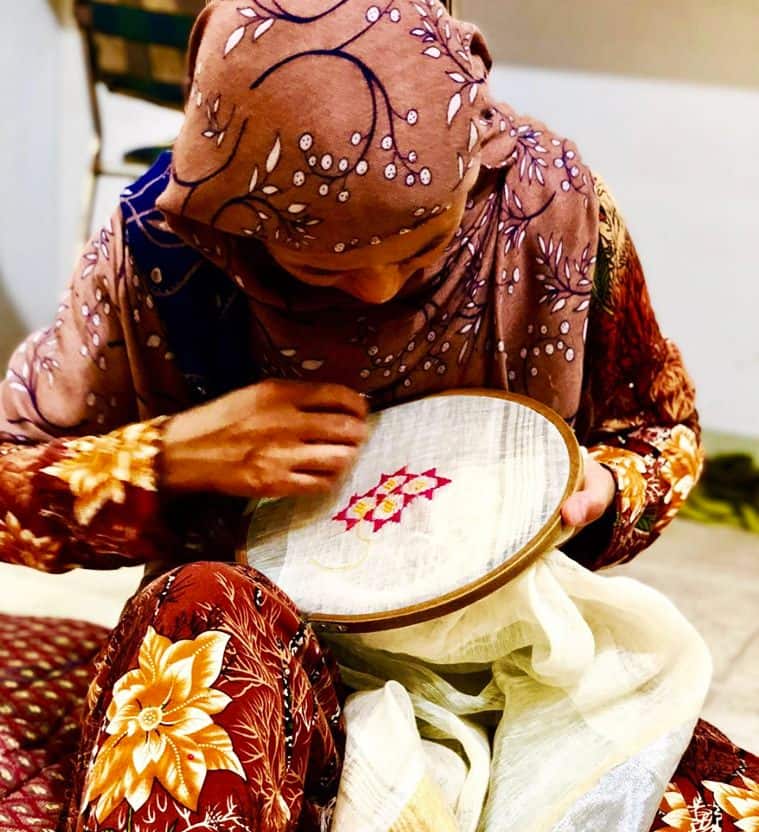 Gul now has a job to sustain herself, but says the battle is only half-won. “I am still questioned, by both Indian and Afghan men. Half my time goes worrying about landlords. I am a Hazara, so Indians mock me for my looks. The Afghans don’t like the way I dress or cut my hair. Basically, people don’t like a woman who won’t fit in.”

Two years ago, she was robbed and assaulted near the Lajpat Nagar station. “I went to the police. The man was arrested. The case is on. The man’s family, as well as police officers, keep asking me to take back the complaint. But a man should have to face consequences for crossing a woman. In Afghanistan, India, or anywhere in the world, the only way to safeguard a woman’s right to make choices is to keep making, and standing by, choices,” Gul says.

“Conflicts are generally started by men, and suffered by women. The best way to protect yourself from the consequences of decisions made by others is to earn your own keep. Which is why I continue to work, and hope more refugee women work too,” Gul adds.