Chetana Sachidanandan writes: About 6 per cent of school-age kids may have dyscalculia, but even many teachers are unaware of the condition. 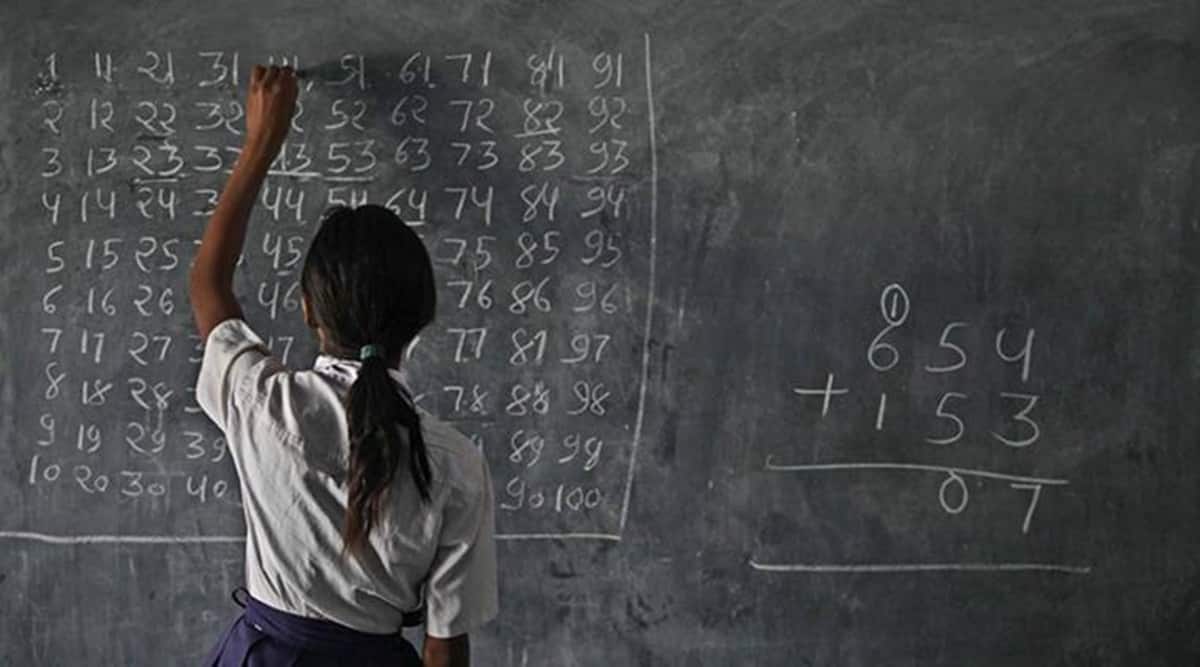 Learning disabilities are disorders of the brain that affect the ability of a normally intelligent child to learn despite having the resources and conditions to do so. But what does it actually mean to live with a learning disability? Listen to the story of Riyaz and Mithu.

It’s exam time. Nine-year-old Riyaz and father are studying. Question 1: There are 250 students in the school. 115 are boys. How many girls are there in the school? Riyaz, bright eyes shining, ventures: “Addition?” Riyaz tries again, “Is it multiplication?” “Subtraction?” He gets it right, eventually. But did he just guess it? Riyaz still has to use his fingers to count while doing simple sums. At the shop he argues with the shopkeeper for change; everyone else is getting some money back, so why shouldn’t he?

Mithu, 23, is the “absent-minded professor”. She is always late and loses her way constantly. She has to secretly clench the fist of her “writing” hand to tell right from left. She does not remember birthdays, phone numbers or her bank balance. Riyaz and Mithu have dyscalculia. Numbers are a mystery to them.

Numbers are everywhere. In salaries and calories, BMIs and EMIs, in aggregates and averages. Most of us, even those who never liked mathematics, swim through this sea of numbers effortlessly. Not dyscalculics. Dyscalculia is a well-established Specific Learning Disorder (SLD) and about six per cent of school-age children might be affected. But it doesn’t get diagnosed that easily — after all, many of us find mathematics tough. Even many teachers and special educators are unfamiliar with the condition. But a certified clinical psychologist can diagnose dyscalculia by running a number of standardised tests.

Math skills are, in fact, a combination of different skills. Math requires imagination, visualisation and abstraction. Then there are the symbols. For instance, 3 for three of any kind. None of this comes naturally to Riyaz and Mithu. But dyscalculia is more than just difficulty with math. There may be problems with working memory making it hard to keep track of multiple instructions such as those in a cooking video. Often there are spatial and visual orientation deficits like those that Mithu has; she has a tough time imagining different perspectives or following directions. Riyaz, on the other hand, is not good at seeing patterns and grouping things based on shape and size.

Mithu learned she had dyscalculia when she was 22 by accident, when she took the tests to help out a psychologist friend of hers. Suddenly her whole childhood made sense to her. She remembered the pitiful looks she used to get from her teachers and family. All the times when she had to make excuses for turning up late to activities because she could never estimate time or distance. All the times she had felt stupid and dumb. But thanks to his father, Riyaz got diagnosed at 10. His parents and the school put together an Individualised Education Programme for him. The special educator worked with him using audio and visual teaching aids to explain the math concepts at his own pace. The school counsellor started working with him to address his math anxiety. He now gets extra time to complete his exam paper. He has the option to use calculators in the board exams. He can also choose the easier “basic” level math for the Class X exams. Once he gains a basic working knowledge of functional math in secondary school, which would be necessary for leading an independent life, he may even decide to drop math altogether and substitute it with other subjects offered by CBSE.

Mithu is studying to be a filmmaker. She has always been artistic, she sings and paints and writes poetry. She is a great storyteller and loves lending drama to her stories. She hopes to pull all these skills together to one day become India’s own Steven Spielberg, who, incidentally, also grew up with learning disabilities.

This column first appeared in the print edition on October 25, 2021 under the title ‘It doesn’t add up’. The writer is a scientist at CSIR-Institute of Genomics and Integrative Biology, Delhi. October is Learning Disabilities Awareness Month