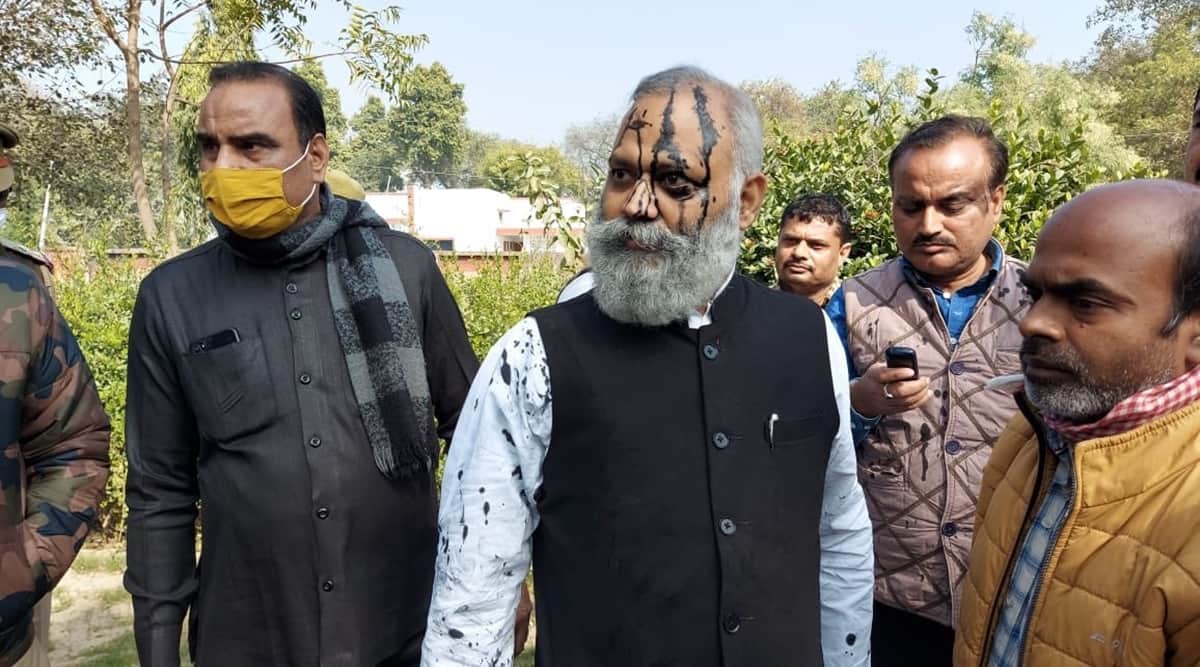 Ink was thrown on Aam Aadmi Party (AAP) MLA Somnath Bharti while he was at a guest house in Rae Bareli on Monday and was later arrested for allegedly making objectionable remarks against Uttar Pradesh Chief Minister Yogi Adityanath and state hospitals.

A group of people including right-wing activists arrived at the guest house and got into an argument with the AAP MLA. According to the police, one of the person in the group threw ink on the MLA.

The ink incident is allegedly said to have occurred over Bharti’s statement to media last week over the condition of government hospitals in the state.

Meanwhile, a case was also lodged against Bharti at the Jagdishpur police station in Amethi on various charges including promoting enmity between two groups.

Following the ink incident, a police team arrived at the guest house to arrest Bharti in connection with the case lodged at the Jagdishpur police station. It is alleged that Bharti then misbehaved with the cops and threatened to strip off their uniforms. He is also accused of making objectionable against CM Adityanath while talking with cops.

Following the arrest, the AAP MLA was produced before a local court. The court is yet to make any order, station house officer at the Jagdishpur station Rajesh Kumar Singh said.

Superintendent of Police, Rae Bareli, Shlok Kumar said: “Rae Bareli Police will lodge a case against Bharti for misbehaving and creating an obstacle for police in performing their duty and also using objectionable language.”

On Sunday evening, an FIR was also lodged against Bharti at the Jagdishpur police station for his alleged remarks on the condition of government hospitals in Uttar Pradesh.

A case was lodged under IPC section 505 (statements conducting to public mischief) and 153 (A) (promoting enmity between different groups), Singh told.