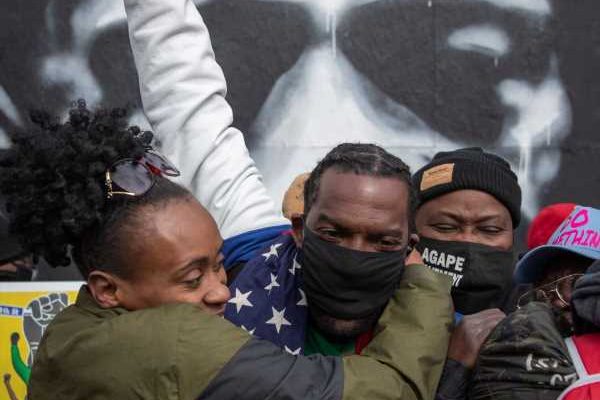 A jury deliberated less than 11 hours before finding Derek Chauvin guilty of all three charges against him — second-degree murder, third-degree murder and manslaughter. 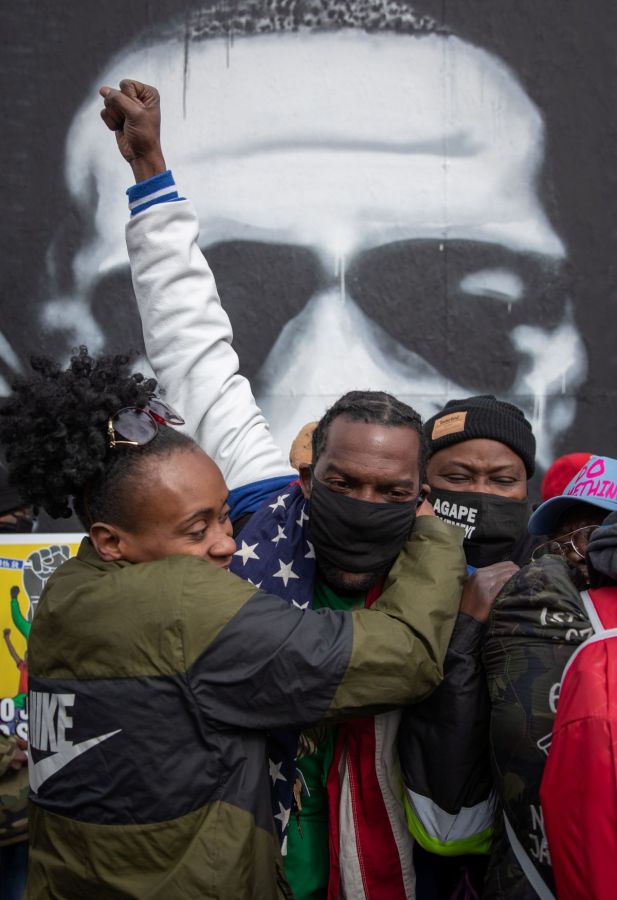 Floyd, 46, was killed in a brutal abuse of police force on May 25 last year during an arrest after a store clerk alleged he had passed a counterfeit $20 bill in Minneapolis.

Chauvin, 45, pinned down Floyd with his knee on the pavement of a south Minneapolis intersection for more than nine minutes. ‘I can’t breathe. I can’t breathe,’ were his last words.

US President Joe Biden said it was a murder in the full light of day and it ripped the blinders off for the whole world to see the systemic racism in the country.

‘The systemic racism is a stain on our nation’s soul. The knee on the neck of justice for black Americans. Profound fear and trauma. The pain, the exhaustion that black and brown Americans experience every single day,’ Biden said.

The verdict giving justice, he said, is not enough.

‘We can’t stop here. In order to deliver real change and reform, we can and we must do more to reduce the likelihood that a tragedy like this will ever happen to occur again, to ensure the black and brown people or anyone so they don’t fear the interactions with law enforcement, that they don’t have to wake up knowing that they can lose their very life in the course of just living their life,’ he said. 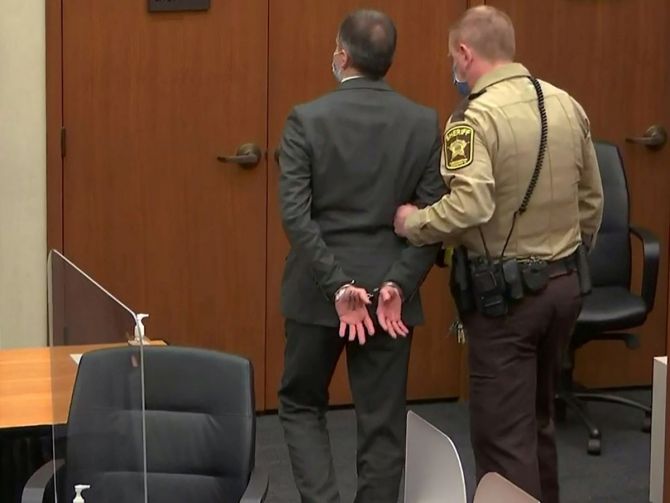 In an address to the nation soon after the verdict, US Vice President Kamala Harris said black Americans and black men in particular have been treated throughout the course of history as less than human.

‘Today we feel a sigh of relief. Still, it cannot take away the pain. A measure of justice isn’t the same as equal justice. This verdict brings us a step closer and the fact is we still have work to do,’ she aid. 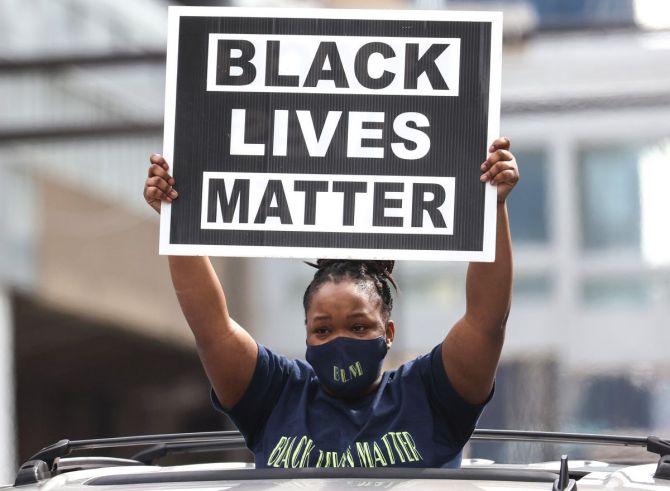 ‘I assured them we are going to continue to fight for the passage of the George Floyd Justice in Policing Act so we can–I can sign it into law as quickly as possible. There’s more to do. Finally, it’s the work we do every day to change hearts and minds as well as laws and policies. That’s the work we have to do. Only then will full justice and full equality be delivered to all Americans,’ Biden said.

Former US president Barack Obama and his wife Michelle Obama said in a statement that true justice is about much more than a single verdict in a single trial.

‘Today, a jury in Minneapolis did the right thing. For almost a year, George Floyd’s death under the knee of a police officer has reverberated around the world, inspiring murals and marches, sparking conversations in living rooms and new legislation. But a more basic question has always remained: would justice be done?’ the Obamas said.

‘In this case, at least, we have our answer. But if we’re being honest with ourselves, we know that true justice is about much more than a single verdict in a single trial,’ they added.

US Attorney General Merrick Garland said the jury in the state trial of Chauvin has fulfilled its civic duty and rendered a verdict convicting him on all counts.

‘While the state’s prosecution was successful, I know that nothing can fill the void that the loved ones of George Floyd have felt since his death. The justice department has previously announced a federal civil rights investigation into the death of George Floyd. This investigation is ongoing,’ Garland said.