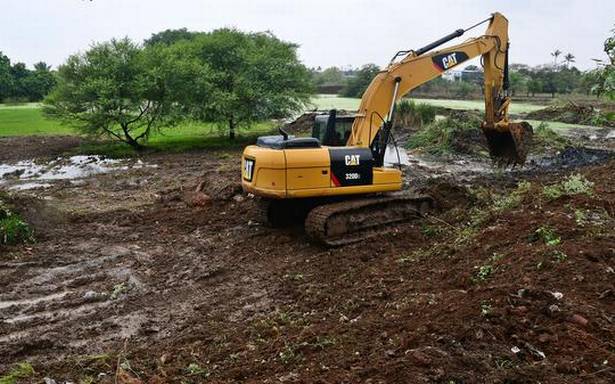 Permission will be granted only after inspection by various departments

The use of earth movers and mini excavators by private individuals for laying roads, landscaping and for construction work is banned, said Nilgiris District Collector S.P. Amrith on Sunday.

In a press release, the Collector said that recent reports of the use of excavators were investigated by the Nilgiris district administration. The use of heavy machinery for landscaping work in the district which is a biosphere reserve is banned unless express permission is given for their use in agricultural works by the Collector. Permission will be granted only after inspections by the agricultural engineering department, revenue department as well as the department of geology and mining.

After the investigations, one earth mover, a lorry and five mini excavators had been seized across the Nilgiris, said the Collector.