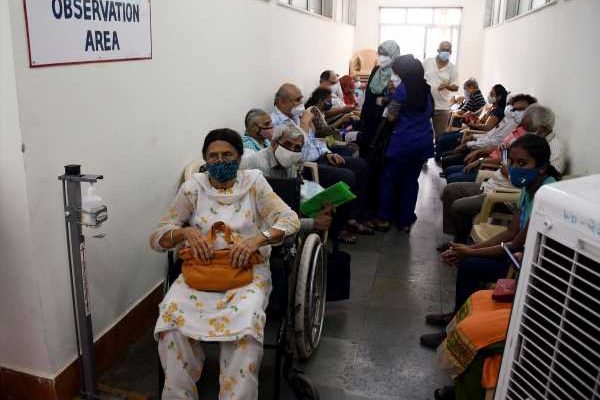 UP Rs 50 billion, followed by Maharashtra, Bihar, and West Bengal which may need close to Rs 25 billion for the massive task.
Abhishek Waghmare and Ishita Ayan Dutt report.

Vaccinating 70 per cent of India’s youth and middle-aged working population may require financial resources worth Rs 30,000 crore (Rs 300 billion) or more, according to Business Standard calculations based on available data.

This calculation assumes the cost of one dose of a vaccine to be Rs 400, approximated on the price announced by the Serum Institute of India.

Other vaccines, such as Bharat Biotech’s Covaxin, and those which will get clearance later during the year, are likely to cost more than this, according to the data available on their prices.

A vaccination strategy with a mix of all vaccines is thus, slated to cost more than Rs 30,000 crore, purely for the 18-44 age group.

Uttar Pradesh would need more than Rs 5,000 crore (Rs 50 billion), followed by Maharashtra, Bihar, and West Bengal which may need close to Rs 2,500 crore (Rs 25 billion) for the massive task.

States with older demographies may need less; for instance, Kerala and Punjab would need somewhere close to Rs 700 crore (Rs 7 billion) for inoculating 70 per cent in the 18-44 age group.

The central government announced the third phase of vaccination for everyone above the age of 18 starting May 1. The first phase began with health and frontline workers, and the second phase included everyone a0 billion)bove the age of 45.

States, private hospitals, as well as companies, have been given the mandate to procure vaccines on their own in the latest notification.

The requisite spending would probably get divided among the three, with some additional support from the Centre as well. But states may need to bear the lion’s share.

State governments ruled by Opposition parties have been critical of the Centre’s move, while those ruled by the Bharatiya Janata Party have commended the Centre’s recent decision.

The Centre has kept state governments and private players in one bucket, which would command 50 per cent of vaccines produced in the country, and has kept the rest for itself.

West Bengal Chief Minister Mamata Banerjee is seeking 10 million vaccines from the Centre. The state has vaccinated 9.3 million to date.

Last Tuesday she wrote to Prime Minister Narendra Damodardas Modi describing the decision to bifurcate the vaccine allocation as ‘hollow’, ‘without substance’, and a ‘regrettable show of evasion of responsibility by the central government at the time of crisis’.

In her letter, she said the announcement does not address major issues like ensuring the quality, efficacy, stable flow of supply of the required number of vaccines by the manufacturers, and also the price at which vaccines are to be purchased by states.

Banerjee said that a Rs 100 crore (Rs 1 billion) fund has been created for procuring vaccines for the universal vaccination drive.

‘Central government has abdicated its responsibility of ensuring universal vaccination. The new policy will create serious strain on state finances, chaos in vaccine procurement, escalation of prices, and exclusion of the poor. Net result would be prolongation of the calamity,’ Dr Isaac tweeted.

The governments of Assam, Uttar Pradesh, and Chhattisgarh announced they would bear the expense of vaccinating everyone in the 18-44 age group.

There are 555 million people in that age group (20-45) today. Experts have put the figure at 600 million, close to Business Standard‘s estimate. Vaccinating 70 per cent of them would need close to 750 million doses.

The actual population in the age group 18-44 would be even higher, as the Business Standard estimate excludes those at 18 and 19. Actual spending, thus, may be on the higher side of Business Standard’s estimate, making the latter a conservative estimate.

As for the vaccination that is already underway, 129 million doses have been administered to date, according to the data on the CoWin portal.

According to this, there are about 300 million people in this age group, and vaccinating 70 per cent of them would need close to 430 million doses. Of these, only 30 per cent (129 million) have been covered to date.