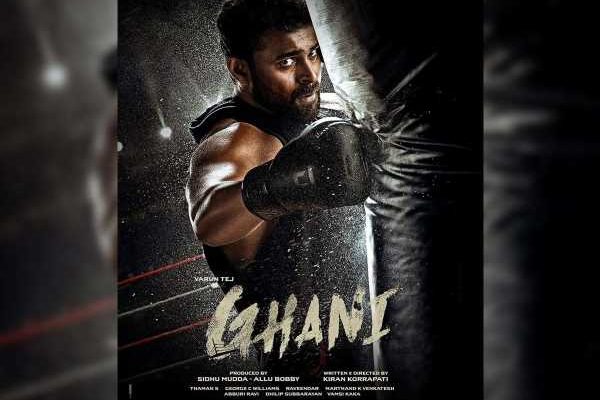 Mega hero Varun Tej is slowly progressing in his career. He is showing variety in picking up interesting subjects. After playing negative shades in Gaddalakonda Ganesh, Varun Tej has now picked up a sports drama. Being directed by debutante Kiran Korrapati, this movie is titled Ghani. Varun Tej will be seen as a boxer.

While the shooting is going on smoothly, the team has announced the release date on July 30th.

However, Prabhas’s Radhe Shyam is landing on the same date and hence team Ghani is looking for alternate release date. But there are in a fix now as a few Pan Indian projects are lined up for every two weeks in July and August.

On July 2nd it is Major, KGF 2 will arrive on July 16th, Radhe Shyam on July 30th, Pushpa will release on August 13th. F3 will be hitting the screens on August 27th. So, should move to September?