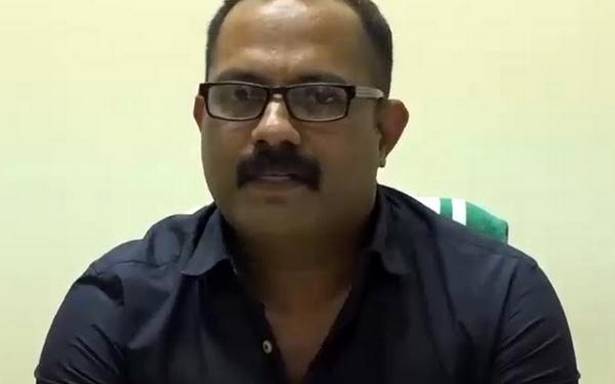 A special team of the Kozhikode Vigilance and Anti-Corruption Bureau (VACB) on Wednesday began questioning Indian Union Muslim League (IUML) leader and former MLA K.M. Shaji in connection with a case registered against him for allegedly amassing wealth disproportionate to his known sources of income.

Sources said that Mr. Shaji was being questioned again after the Vigilance found inconsistencies and contradictions in the details he had furnished on his lawful sources of earnings before the investigation team.

In April, the VACB had carried out raids at his residences in Kannur and Kozhikode and seized unaccounted money totalling ₹47,60,000.

Then Mr. Shaji had told investigators that he had received the cash as donations through various mandalam committees of the party for electioneering for the Assembly polls and he had also produced receipts in this regard. However, the VACB sleuths suspect that the receipts were fake, the sources said.