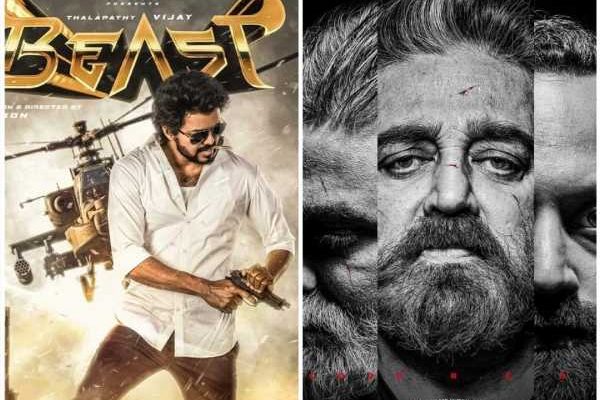 Versatile actor Kamal Haasan, Fahadh Faasil and Vijay Sethupathi starerr Vikram, which wasreleased a couple of days ago, is doing superb collections at the box office everywhere. Suriya is playing a cameo in this film. Now according to the latest update,  Vikram has surpassed Kollywood star Vijay starrer action drama  Beast in just 2 days.  The sources revealed that the movie Vikram collected more than Rs 58 crores on day 1 and made more than that on day 2. With this, it has crossed the final collections of Vijay starrer Beast that minted Rs 65.45 crores.

The industry tracker Ramesh Bala took to twitter and wrote:

The combination of Kamal, Fahadh and Suriya is too irresistible for Kerala audience.. All-time No.1 Tamil movie is within sight.. #Vikram

He has also revealed that  Vikram has surpassed the collection of Beast and it has become no 1 Tamil movie of 2022.

The film  Vikram is written and directed by Lokesh Kanagaraj and produced by Raaj Kamal Films International whereas it has the music by Anirudh Ravichander.