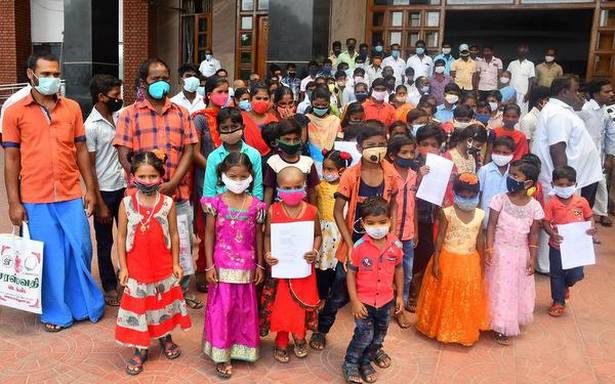 Residents of four panchayats in Panamarathupatti staged a protest at the Salem Collectorate here on Wednesday over the alleged delay by officials in processing their applications seeking Scheduled Tribes (ST) community certificates.

The villagers from Jarugumalai, Kuralnatham, Thumbalpatti and Kammalapatti panchayats said that they belonged to the Hindu Malayalee community and were residing in the hill areas for many generations. Their children required community certificates for admission to schools and higher studies and hence they submitted applications to the Revenue officials concerned.

Officials from the Office of Revenue Inspector have to visit our villages and submit a report recommending the certificate to the Office of the Zonal Deputy Tahsildar, they said.

“The officials take six months to two years to conduct enquiries,” they alleged and pointed out that their applications should be accepted or rejected within seven days as per the norms.

Protestors said that the delay in issuance of community certificate was causing immense hardship to them.

Revenue officials held talks with the protesters and asked them to apply online. But the villagers said that their applications were continuously rejected citing insufficient documents. Later, the officials pacified them and the protest was withdrawn.