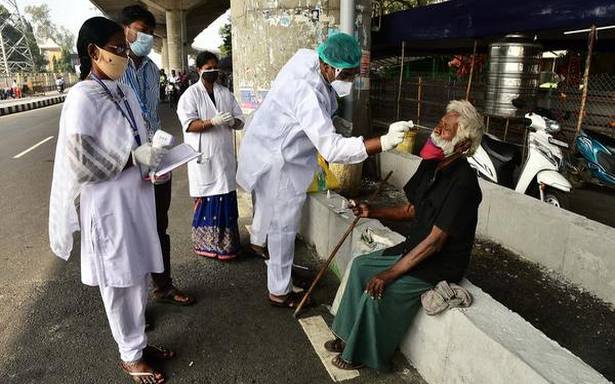 Public told to give information to authorities about destitutes

Vijayawada Municipal Corporation Commissioner V. Prasanna Venkatesh has called upon the public to inform VMC about destitute and homeless senior citizens found on the city roads.

He said the needy persons would be shifted to the old age home set up on December 28 by the municipal corporation employees and proper care would be taken. He urged the people to inform authorities by dialling 0866-2422400.

Mr. Venkatesh along with Chief Medical Officer of Health Ch. Manasa and other officials went around One Town, Chitti Nagar, Mutlayampadu, Gandhi Nagar and other areas and identified five destitute senior citizens. They were medically examined on the spot by doctors Harish, Sridevi, dentist Bhaskar and others. Samples for tests like COVID, HIV and others were taken and they were sent to the old age home in Old Rajiv Nagar. The senior citizens were given a hair cut, new clothes and food at the home.