At least 22 people have been killed in Kerala as heavy rain triggered landslides in Idukki and Kottayam districts. 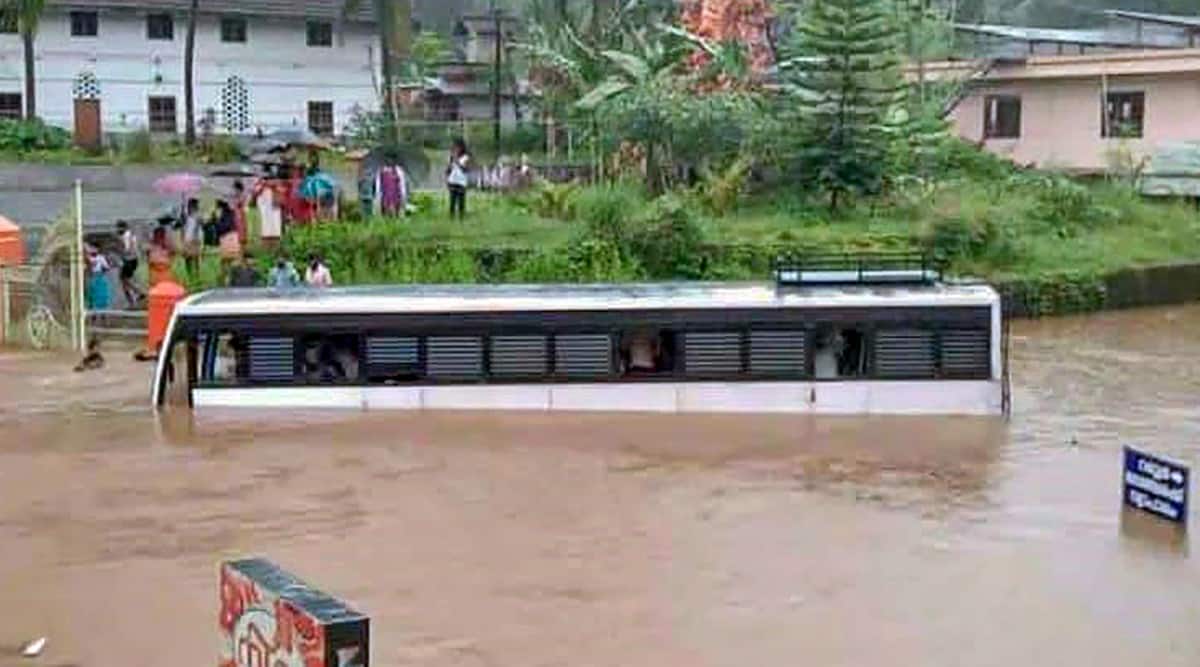 At least 22 people have been killed in Kerala as heavy rain triggered landslides in Idukki and Kottayam districts, even as rescue workers rummaged through the debris.

As many as 105 relief camps have been set up in various districts and a red alert has been sounded for seven dams where the water level is rising. The state government has announced a relief package of Rs 4 lakh each for the dependents of the victims who perished in the landslides at Koottickal village in Kottayam and Kokkayar in Idukki.

As incessant rainfall battered the state, horrific visuals flooded social media platforms, with residents sharing videos of houses and bridges being swept away.

A footage of a house being swept away turned out to be one of the most defining videos of the rain horror in the southern state.

Another video, the authenticity of which could not be verified independently, shows a bus stuck in a waterlogged street with passengers struggling to come out.

Prime Minister Narendra Modi has called Chief Minister Pinarayi Vijayan and inquired about the situation, the CMO said in statement, adding that the PM has promised all required assistance to the state. Vijayan said NDRF units have been deployed in five districts and directions have been given to deploy more units in other districts. Navy choppers have been used to drop food packets to the stranded at Koottickal and Kokkayar in Idukki.

A video shared by All India Radio depicts the scale of the damage — houses razed, trees uprooted and bridges damaged.