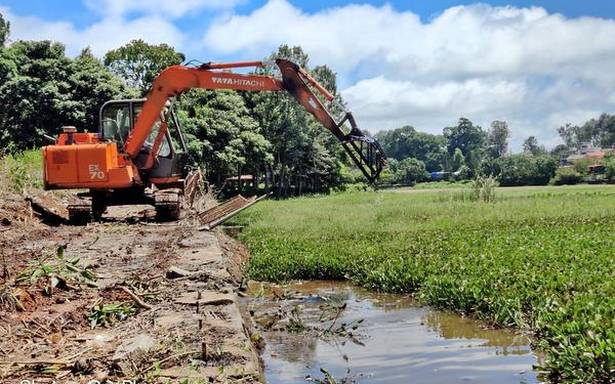 The operators of Yercaud boathouse have begun measures to clean Yercaud lake and remove the water hyacinth that has taken over the lake. The works are expected to be completed in two months.

The pristine Yercaud lake is one of the major tourist attractions in the hill station. The lake is spread over 12 acre and about 56 boats are operated in the lake for tourists. The boathouse services that were suspended following the lockdown to contain the COVID-19 pandemic resumed only recently. As the lake maintenance works were affected due to the pandemic, about 50% of the lake got covered with water hyacinth, officials said.

According to the boathouse operators, a contract has now been awarded for two months for an estimated cost ₹15 lakh to remove the water hyacinth from the lake and the works began at the end of August.

The officials said the works were expected to be completed in two months and the hyacinth removed would be converted into manure and they had consulted with agriculture and horticulture departments in this regard. Following resumption of boating services, the boathouse had seen significant footfall. From September 10 to 12, approximately 8,000 persons visited the boathouse and they earned a revenue of about ₹5 lakh, the operators said.