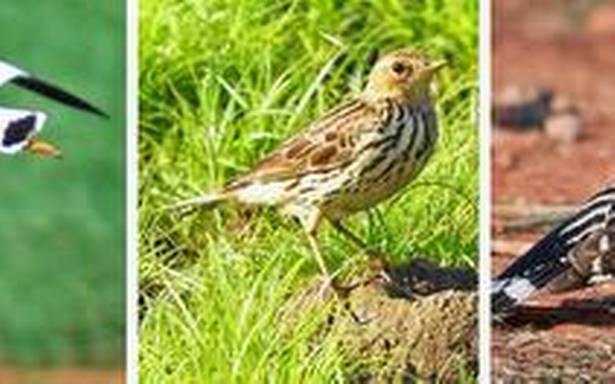 16,000 birds of 56 species spotted in survey held in the Thrissur-Ponnani kole fields on January 3

A recent bird survey organised as part of the Asian Water Bird Census 2021 spotted around 16,000 birds of 56 species in the Thrissur-Ponnani kole fields.

The survey was held on January 3.

The kole fields, one of Asia’s largest wetlands that spans about 13,500 hectares across Thrissur and Malappuram districts, is a haven for waterfowl in the country. A Ramsar site, an international convention that mandates the protection of wetlands across the world, is an important stopover in the central Asian-Indian flyway, which is the migratory route of the birds, which fly south from Siberia in the winter months.

Birdwatchers observed that the number of waterbirds was less compared to previous years.

The survey was organised jointly by Kole Birders and Department of Wildlife Science, Kerala Agricultural University. Nearly 50 birdwatchers participated in the survey.

The survey also checked whether any mass death is happening among the migrant birds as bird flu has been reported in the State. The information was collected through the eBird app.