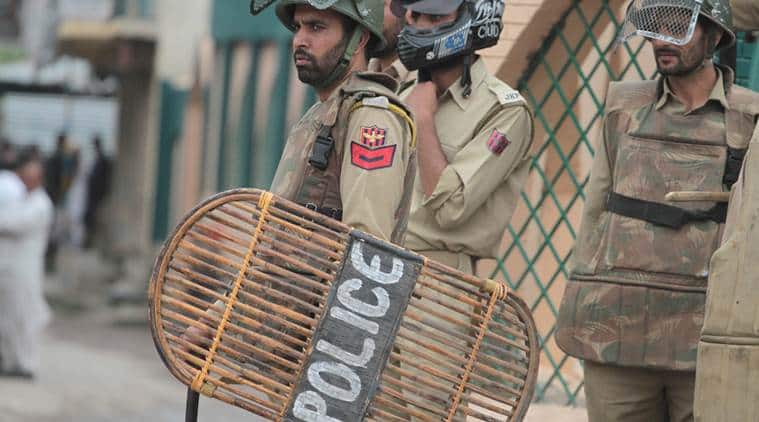 With elections behind us, and Narendra Modi armed with a comfortable majority for five more years, difficult national questions should be looked at. One of the hardest — as hard as creating millions of jobs, or restoring life to rural India, or protecting vulnerable children, women and men across the land — is the situation in Kashmir.

In August 1947, when India and Pakistan emerged as independent nations, Pakistan claimed the princely state of Jammu and Kashmir on the ground that Muslims constituted its majority. Less than three months later, Pakistan seized control of two-fifths of Jammu and Kashmir. For the next few years, India’s stand before the world was that the Kashmiri ruler had signed his state’s accession to India and that Kashmiris, whether Muslim, Hindu or Sikh, wished to remain with India.

Speaking for India before the UN, Kashmir’s popular leader, Sheikh Abdullah, defended this position. Over time, however, with unresolved discontent in Kashmir and a man like Abdullah in and out of prison, India’s reasoning over Kashmir was modified.

Hindus, Muslims, Sikhs and Christians, it was explained, enjoyed equal rights in India, but inter-communal harmony was a delicate matter. Calls to detach Kashmir from India would hurt Muslims across India. Moreover, such calls would make sense only if India were a Hindu state, which it was not.

In a typical comment, Sumit Ganguly and Kanti Bajpai wrote in Asian Survey May 1994: “For India, Kashmir is symbolic of secular nationalism.” A Muslim-majority area living and prospering in a Hindu-majority country was a matter of pride. It’s a wholly different scene today. The number of MPs in the 17th Lok Sabha who want India to become a Hindu state may not be known exactly, but it is not small.

Modi, Amit Shah and their colleagues, the Opposition and the Indian public should all reflect carefully before the government tries to implement the BJP’s recent promises to abolish Articles 35A and 370, which preserve Kashmir’s special status, and before ominous hints to transfer Hindus and Sikh populations from elsewhere into Kashmir are acted upon. Actions intended to change Kashmir’s status and demographics will only intensify alienation, open or secret, in Kashmir. They will damage India’s standing in the world.

Some might ask whether the world would really bother if the two Articles are abolished, or if settlements of imported non-Muslims emerge in Kashmir. After all (they might add), each part of our world has its own problems to worry about. Threats to human rights in a distant country do not make headlines in the US, Europe, Brazil, Canada or Australia.

China’s hardening policies in Xinjiang, its sole Muslim-majority province, do not invite the world’s condemnation. Over Tibet, even India prefers to remain silent. In Palestine, Israeli settlements in Palestine expand by the week, without the world protesting. Why should an Indian government hesitate before launching tough new policies over Kashmir?

It should hesitate because Kashmiris are human beings who matter, and because India is different from China and from Israel. Today, almost every country in the world has a significant Indian presence. Millions of Indian citizens live in the Gulf and in other Muslim-majority countries in Africa, the Middle East and Asia. Millions more live in countries with Christian or Buddhist majorities.

Many countries have witnessed opposition to Muslim as well as non-Muslim immigrants. By and large, however, rapidly growing numbers of Indian and other immigrants in Europe, the US and elsewhere have been shielded from discrimination by their host country’s laws, constitution and media. There are grim exceptions. Dhriti Narayan, a 13-year-old Indian-American, is now lying in hospital with an injured brain because on April 24, an Iraq War veteran named Isaiah Peoples drove his car into pedestrians at a crosswalk in California’s Sunnydale town, which has a large Indian population. He evidently thought that Dhriti and those walking with her were Muslim. Seven including Dhriti were injured because the attacker saw no difference a brown Hindu and a brown Muslim. It will be a hard sell for any Indian wishing to persuade the world that while discrimination against Muslims in India should be overlooked, Hindus everywhere should be treated as equals.

India has championed individual liberty, equality between races, nations and communities, and amity among them. Let us be careful before reneging on our basic principles and on constitutional guarantees. Let us also remember that while India is a strong player on the Asian stage, with the potential to become a world leader, it must live with difficult neighbours, including two who, like us, possess the Big Bomb. One of them is pretty strong, the other pretty close.

Bombs, big or small, will not bring progress on Kashmir. Nor will changes in the Constitution. Drones and stones, and bullets and bricks will be equally ineffective. Only an honest, hard-nosed and multi-layered dialogue, involving all stakeholders including representatives from Pakistan, can take us forward on Kashmir.

The writer is research professor at Centre for South Asian and Middle Eastern Studies, University of Illinois at Urbana Champaign