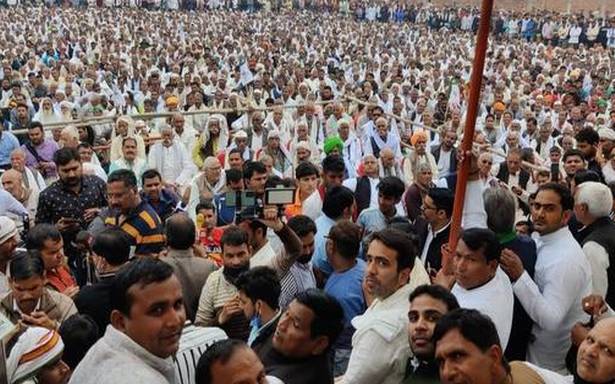 Adopting an aggressive tone at a massive “kisan panchayat” in Bilari town of Moradabad on Friday, Bhartiya Kisan Union (BKU) president Naresh Tikait said, “98% Hindus voted for the Bharatiya Janata Party (BJP) but after the farmers’ protest, only 2% will remain will be left with it.”

More than the farm laws, he said, the farmers’ protest had become a fight for protecting the “dignity” of farmers. “If we let it wither away, nobody would take the name of farmers for the next 30-40 years,” he said.

He said that when the government had silenced everybody, it was the BKU that had “reigned in the government”. “The government has made numerous false allegations against us in the last 78 days. I am confident people will answer them in the coming days,” Mr. Tikait said.

He said that this was not the first time that farmers had protested against an incumbent government but “we have never been insulted like this before”. “We have been ridiculed as andolanjeevi, called part of a ‘jamaat’. Panchayat is being called a jamaat. They will have to repent for this,” he asserted.

He urged farmers to unite and cautioned them against those in power. “After 2013, an attempt was made to divide us on the basis of religion. Many among us were misled. We should give up our differences,” the farmers’ leader said.

He also appealed to farmers to make peaceful protest their weapon. Earlier, talking to reporters, Mr. Tikait said that what was happening in India had reached foreign shores. “There was no foreign plot. Why did you [the government] allow things to reach such a situation?” he asked.

Mr. Tikait said it was the “stubborn” attitude of the government because of which no solution could be found and the general public was facing problems.

Meanwhile, responding to PM Narendra Modi’s statement that the minimum support price (MSP) would remain, Rashtriya Lok Dal (RLD) vice president Jayant Chaudhary said on Friday, “MSP is only on paper. The MSP of paddy is ₹1868 [per quintal] and the rate that the farmers got this year is ₹1,200 [per quintal]. The same happened with soybean and mustard.”

He was addressing a large gathering of farmers at Baldev in Mathura district. Reacting to the FIR lodged against him and 5,000 others in Aligarh on Wednesday, Mr. Chaudhary said, “If they [the government] would cane us, it would give us strength. There would be no compromise on pagri (dignity),” he asserted.

Mr. Chaudhary said farmers wanted reforms in the APMC (Agricultural Produce Market Committee) system but the Prime Minister, through the farm laws, was ensuring that the APMC faded away. “This kind of treatment is expected from a quack, not a doctor,” he remarked.

Giving corporates the right to hoard, he said, would allow them to determine the rate according to their interests. “It will adversely affect both the farmer and the consumer. This is a simple thing that those in the government who claim to have business in their blood would very well understand,” commented Mr. Chaudhary.

He said it would be wrong to say Mr. Modi was ill-advised. “There is no advisor to this government. Those members of the ruling party who are attached to the roots are not being able visit their villages since the farm laws were promulgated. The irony is they could not explain it to their [party] high command as their lips have been stitched.” This, he charged, was the PM’s obstinacy, adding, “He is still not advocating your [farmers’] cause. Instead, he is busy defending the big corporates.”

In the past, he said, governments used to listen to the Opposition’s point of view. “In this government, whoever criticises the BJP or Modiji, is branded as anti-national,” Mr. Tikait said.

Invoking the late celebrated writer in Hindi Munshi Premchand, he underlined the value of socio-political movements. “Movements are nurtured by people’s sentiments and the way farmers are turning up in big numbers to participate in panchayats on their own accord, it gives me a feeling that we are alive and have not given up,” he said. 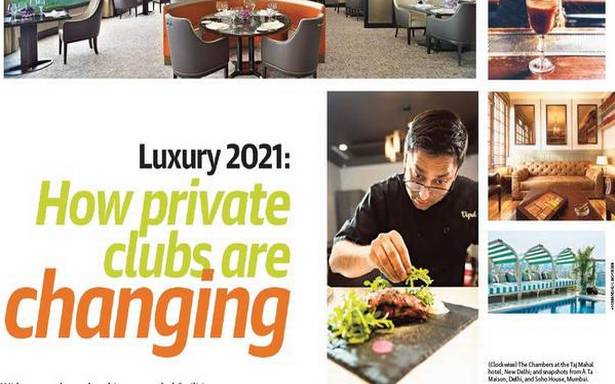