Bhupendra Yadav talks to The Indian Express about the party’s position on the LJP, dismisses reports of distrust with JD(U), and insists the party is not following the Maharashtra Model in Bihar. 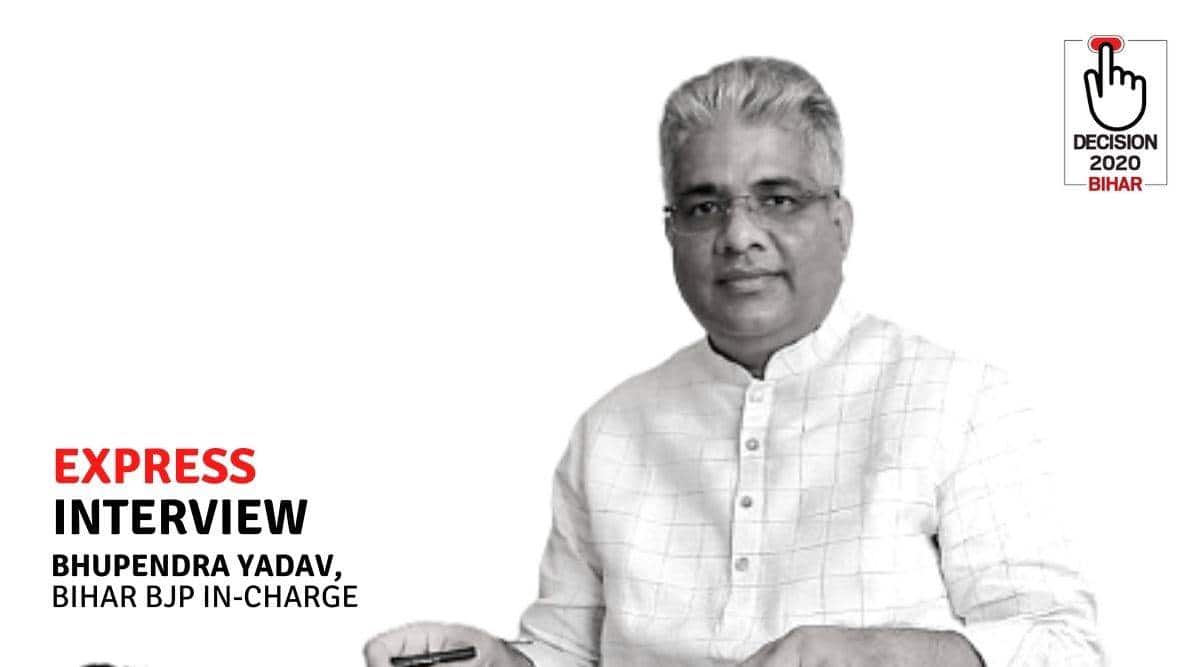 As the BJP campaign kicks off in Bihar, Bhupendra Yadav, Bihar BJP in-charge, talks to The Indian Express about the party’s position on the LJP, dismisses reports of distrust with JD(U), and insists the party is not following the Maharashtra Model in Bihar

How will the BJP convince voters that the LJP is not working on its behalf to damage JD(U)’s chances in some constituencies?

We have already expelled nine BJP rebel leaders who were contesting (against NDA candidates) on Lok Janshakti Party (LJP) ticket. Also, soon there will be several joint rallies of Prime Minister Narendra Modi and Bihar Chief Minister Nitish Kumar. Besides, leaders from both the parties will campaign together.

We have already sent out a strong message to our workers. We have been working with full coordination. A wrong perception is being created by the media (about growing distrust). We will come back to power with three-fourth majority.

But why is the BJP still ambivalent on LJP?

But isn’t the LJP supporting the BJP at the Centre?

Yes, they are still supporting us. But we have support from other parties too.

Let us keep our focus on Bihar polls.

Why does the BJP feel the need to often reiterate its faith in Nitish Kumar’s leadership?

Bihar has progressed under Nitish Kumar’s leadership. He is committed to the development of the state. Ours is a natural alliance. He has offered a trustworthy governance model.

During the seat-sharing negotiations between the JD(U) and the BJP, the state’s social and caste arithmetic seemed at play again. Can you tell us about it?

It is wrong to discuss elections in terms of just social arithmetic. It is not that simple. We have pursued development politics. Now that we have provided electricity to every home, aren’t we catering to all castes and religions. There are now a whole new generation of voters who vouch for development politics.

So far, the BJP has been contesting almost on equal number of seats as the JD (U). During seat-sharing talks, how difficult is it for the BJP to assert itself against the JD(U)?

The sharing of seats between the two parties has been decided with consensus after several rounds of talks. We had contested on an equal number of seats in the last Lok Sabha election.

When will the BJP have its own CM in Bihar?

It is a hypothetical question. The NDA alliance has been contesting under the leadership of Nitish Kumar in Bihar.

After he was betrayed by the RJD, and had to walk out of the Grand Alliance, he approached us. He is an up-and-coming EBC leader. The party considered his case and accommodated him.

Why was Upendra Kushwaha (RLSP) left out of the alliance?

Upendra Kushwahaji has been with us and has also served as a minister at the Centre. It is he who has deserted us. He has now left another alliance (Grand Alliance).

Is the BJP planning on emulating the ‘Maharashtra model’ in Bihar to become the senior partner in the alliance after the election?

There is no such thing. Again, it is a perception created by the media. As I said, we would return to power with a big majority.